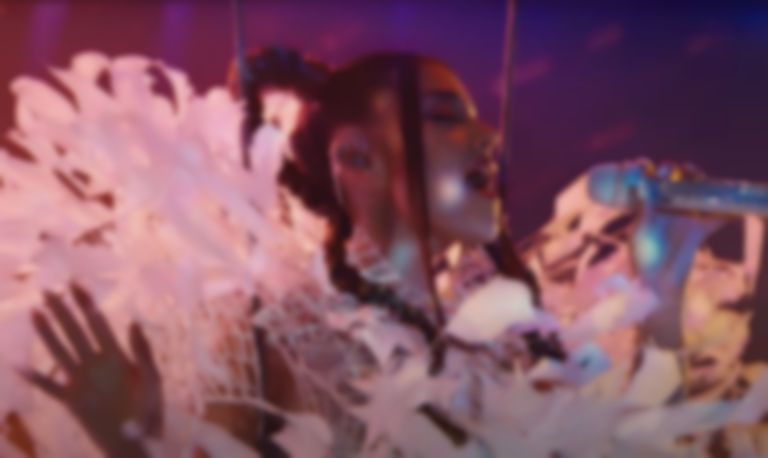 Ariana Grande has announced that her Don't Look Up film song with Kid Cudi, titled "Just Look Up", will be dropping this Friday (3 December).

Last month a snippet of Ariana Grande and Kid Cudi’s Don’t Look Up song "Just Look Up" was played during the 2021 Hollywood Music In Media Awards, and this afternoon Grande has announced the official release of the track.

Grande shared a 14-second clip of the Kid Cudi collaboration, and revealed it'll be arriving later this week.

The official trailer for Don't Look Up was unveiled last month, and as well as featuring appearances from Grande and Kid Cudi, the Netflix film stars Leonardo DiCaprio, Jennifer Lawrence, Meryl Streep, Jonah Hill and many more.

Ariana Grande and Kid Cudi's "Just Look Up" song will land this Friday, 3 December. Don't Look Up will be available to stream on Netflix from 24 December.