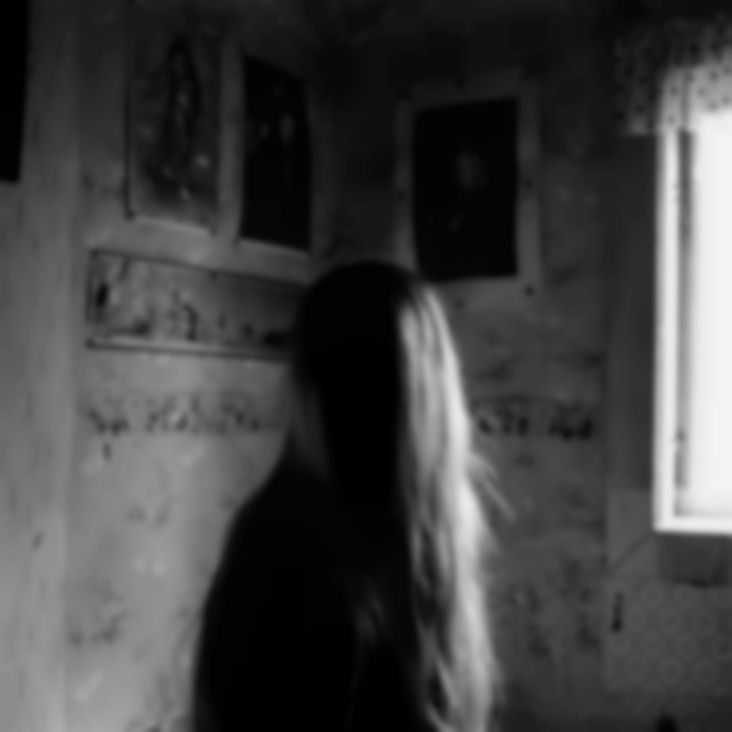 The follow up to 2013's Ceremony found von Hausswolff and her band decamp to the Acusticum concert hall in Piteå, just a little bit south of the Arctic Circle, to take advantage of not just the venue's high ceilings but also to use the Acusticum Pipe Organ, one of the largest in Europe with no less than 9000 pipes and 208 stops. It also has, incredibly, a glockenspiel, a vibraphone, a celeste, and some pipes housed in a water bath.

All of this makes The Miraculous a heavy, drone-inspired, grand and proggy experience which recalls Swans, Black Sabbath and Sunn O))) with the stars of the show a double-billing of the giganticpipe organ and Von Hausswolff's stunning, soaring vocals. With themes focusing on the titular place of the Swede's childhood, searching for the divine in nature and the innocence of childhood, we caught up with von Hausswolff at a busy cafe to find out more about The Miraculous...

Hi Anna, how are you doing?

“I’m a little bit tired! I’ve been making cassette covers all day. I’m releasing a cassette on the same day I release my own record! I thought I’d celebrate my label by doing two releases in one day [the second being Berg's The Trånas Drone Recordings 1, on Pomperipossa Records. But I’ve done about 200 covers today; when I reached 178 I realised I’d done it wrong…and I had to tear it all apart and start again.”

Can you tell me about the recording process for The Miraculous? I’ve read it was a lot different to Ceremony…

“The main difference was the room; the previous record was recorded in a church on quite a small organ. That gave it a natural reverb, and the pipe organ was different to the one at Acusticum in Piteå. We needed extra mikes to capture all the frequencies coming from the organ. I think we’ve also become a better live band and we create a heavier sound, and it’s evolved through each show – we’ve got better at improvisation and I think we managed to get that on the record. I love that correspondence between me and the musicians, and we recorded it all live. The only thing we added later was the organ because we couldn’t record it at the same time as the other instruments, it would just eat up everything in the room!”

Where does The Miraculous begin? Is it from remembrances of that place, visiting it, or does it come from the Lincoln Cathedral piece, Källan?

“It definitely came from Källan; I just read our last interview together and that ended with me telling you about a thirty minute instrumental piece, and that was inspired by a book of the same name by Walter Ljungquist. I think both thematically and in sound The Miraculous was inspired by the piece and the book. It’s a great book, I really love it and I just wanted to make that thirty minute piece about it. When I read Källan, I couldn’t avoid thinking about this place from my childhood which I now call The Miraculous.”

“Everything in the book would connect to all that happened to me at that place; the book is about kids searching for a miracle or something special or spiritual in nature. When I read it I thought that nature was enough for these kids to find a miracle, a place for the divine or some kind of answer. So I was thinking of The Miraculous and how I always found it fascinating, very, very mysterious and scary all at the same time…it was about thinking how this place combined true stories and fairytales – crazy things had happened there which were feeding my imagination, and feeding my creativity, helping me tell the stories about this place.”

Is The Miraculous a particularly spiritual place?

“It feels like a spiritual place and if I was to look for a miracle, this is the only place I can think of. But I haven’t found the miracle, I haven’t found the divine…so maybe it’s about the searching right now. It’s about discovering details and maybe not discovering details! The story about this place is constantly changing, it’s not solid and it’s only based on what other people have told me. So The Miraculous is more about my place; it’s not about the place Ljungquist writes in Källan. I wanted to make the distinction between that thirty minute piece and this album…but there is a connection.”

Do you feel like you’ve lost some of that questing spirit you had as a child?

“Well, yeah! As you get older you’re not as easily fooled as you were as a child. You could be told anything and you would feed on that and believe it, but of course now you have to have a more critical mind to survive in this world. It’s very fascinating why I’m going back to The Miraculous; it’s because of the things I was told as a kid. I can still feel the presence of the stories, even though I know they don’t exist, of the characters and the actions that went on. I can’t shake those images, or the feeling of being in an uncertain and unclear place. The images and stories have been etched on my iris.”

Do you worry that if you find what you’re looking for you might end up disappointed?

“Yeah, I do get disappointed and I go to the place sometimes and wonder and not understand why I keep coming. Sometimes I don’t see the magic and I get really disappointed, and the romantic ideal is gone. But I still go back there; I go back home and I start to long for this place. I think about the stories and start to romanticise…maybe about the last time I was there and was disappointed, and start to romanticise that: walking in the forest and smelling certain things in the air, and I start to go back to the place [in my mind]. You want to believe in something, because everything I’m writing about might only exist in my head. But something tells me otherwise.”

Are the stories of [the place] The Miraculous your own creations?

“They’re coming [initially] from other people, from stories passed through generations. There’s been a need in the village to tell stories about this place; I don’t know where that need is coming from…maybe history and making people connect to the place on a more personal level…"

Is The Miraculous your way of continuing the tradition of folk tales and song?

“I think it’s my way of telling a story; it’s more about my emotions and the atmospheres of a place and I think that’s why I’m fascinated by it. Sometimes I wonder if it’s the stories or if it’s the place…there’s a song on the record called ‘Pomperipossa’. It’s a children’st ale written by Astrid Lindgren about a witch living in the forest, and when I was a child I was told she was living in the [The Miraculous’] forest. Of course this is not true, but when I go there I still feel her presence and I can’t shake it off. It’s not the most fascinating of stories but the mood I get when I go there and connect with it emotionally…that’s interesting, and I connect with it not in a linear way but in a more….errrr….round, circular way haha!”

The Miraculous is out today via City Slang and the album is currently streaming on FACT.