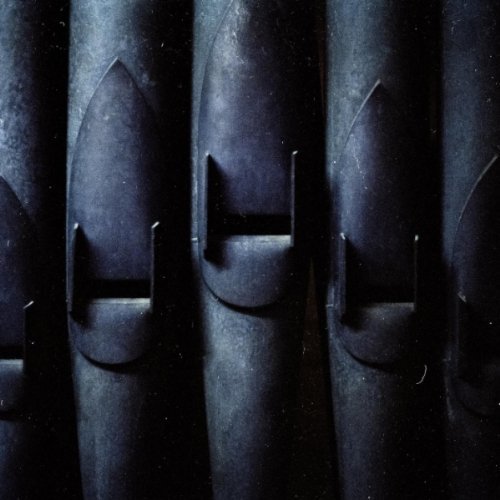 Ten patient minutes pass before Anna Von Hausswolff’s voice kicks in on Ceremony, her second album. It’s a charged, fidgety wait, pregnant with mood anticipation and the intimidatory build-up of a church organ drone. But when she arrives, hers is an entrance that won’t fail to throttle your attention.

Ceremony can’t be accused of being a joyous record, tracing as it does themes of death and the rituals surrounding it. Informed by the passing of von Hausswolff’s grandfather, it’s a funeral march as much as it is a memorial service. There is a lot of gloom here, both lyrically and musically, but the breadth of the listening experience justifies the effort.

The melodic piano and orchestral identifiers of von Hausswolff’s debut, Singing From The Grave, are almost entirely eschewed – while Ceremony does own much by way of melody, it is cloaked in grimmer matter than its precursor. Opener, ‘Epitaph Of Theodor’, and latest single, ‘Deathbed’, with its full-of-intent guitars, invite you in with a disquieting allure. The video for the latter, directed by von Hausswolff’s sister and starring her brothers, is certainly not one for the faint-hearted. At the 4:40 time-mark, Gothenburg’s eeriest finally chimes in. “Will you take back/take back/what you said?”, she sings in what could easily be a sonic sliver from Kate Bush’s The Kick Inside, so familiar is her high-pitched incantation. A minute later the vocals disappear, leaving the song’s remaining three minutes to wade through instrumental sinisteria.

That Kate Bush moment aside, however, comparisons between von Hausswolff’s voice and other artists’ are better served by a Loreena McKennitt reference. In fact, the entire atmosphere of Ceremony calls to mind a McKennitt production, not least on ‘Liturgy Of Light’, ‘Sova’ and ‘Funeral For My Future Children’. McKennitt is known for entwining the otherworldly with the dark – von Hausswolff’s endeavour on this album achieves just that.

The foot-tap rhythm section and church organ backdrop of ‘Mountains Crave’ soundtrack the album’s first almost catchy moment, but with the subsequent sadness of ‘Goodbye’, the organ allows no let up. On ‘Red Sun’ its intensity increases and the unease is entrenched. Elsewhere, there’s a Spanish feel to ‘Harmonica’, a tribute to von Hausswolff’s ancestor, who gifted her one of the titular instruments before he died. It’s one of the finest parts of the album and leads elegantly to ‘Ocean’, a beautiful recollection of the rippling of waves, achieved by accomplished piano motions. “I want to go back to the ocean”, sings von Hausswolff before leading the song into a surge of harmonies of bracing “woah-oh-woahs”.

Ceremony is not going to be to everyone’s taste, but this doesn’t take away from the fact that it is a stunning piece of work, which – with the time and attention it deserves – proves to be a thoroughly rewarding listen.