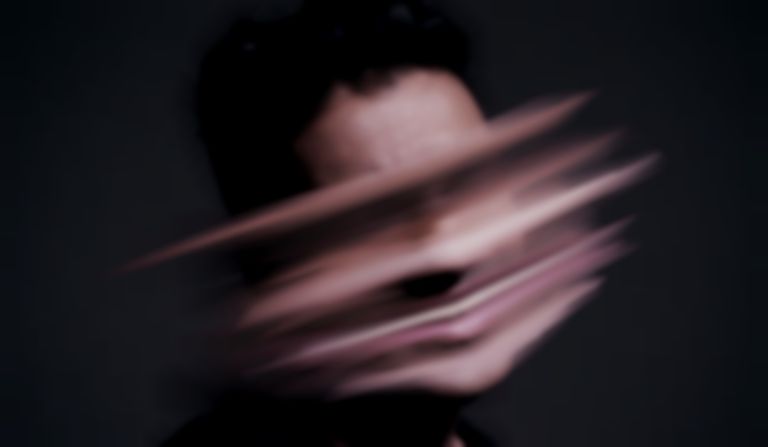 London-based singer/producer Anil Sebastian tells us about debut album Mesonoxian as he streams it in full a day early.

The beguiling release is bursting with ruminations on life and death and mental states - it's a gorgeous listen from start to end, but scratch under the surface and it can be harrowing. Sebastian pulls no punches, peeling back his skin to show what's underneath. It's brave at every turn.

Fans of Björk or Imogen Heap will be thrilled by the music here. It's adventurous electronic pop, with R&B touches and immense soul - this is an accomplished debut full of experimental structures and dynamic shifts, with layers and harmonies and post-rock twinges adding fresh dimensions. Sebastian, the co-founder of London's Contemporary Voices choir, is frighteningly talented.

What was it like working with lots of different people on something under your own name?

I wrote the album very much in secret, and so the process of working with other people was a slow and difficult thing for me to do - but quickly became my favourite part of the process.

I co-produced Mesonoxian with my brother Ingmar and two of the tracks, "We Both Know" and "Tearless Sighs", were co-produced with Cherif Hashizume. My brother Ingmar heard the songs back when they were first written and when I told him I was working on them again I swore him to secrecy - he got me through it and co-produced the record with me. Some days he actually physically carried me to the studio. Later, we started to work with Cherif Hashizume at Cafe Music Studios. He’s incredible - and has a special stash of honey vodka under the sink. We pulled in some incredible musicians to perform on the record including Hannah Porter, Andrew R Bird, Manu Delago, Vince Sipprell, and London Contemporary Voices choir. The record was very much made by layering things up very densely and then removing things - leaving fragments which we then arranged. I co-wrote "Human" with Andrew R Bird, who also plays in my live band.

Ingmar and I are opposites. I sleep too much or not at all. He doesn’t even set an alarm - he just wakes up naturally at the same time every day. Chaos vs. calm. He got more of our German side - organised, clean, structured. And so we have to work asynchronously - kind of like a relay. If we tried working at the same time beside each other too much, we would definitely kill each other. I couldn’t have done any of this without him - from the beginning of making the record, he’s been there for me. At times, it was debilitating - virtually impossible for me to work because of what the record is about. He and Cherif got me through it. We talk every day and he’s a really central part to every aspect of what I’m doing.

It’s been particularly amazing working with the photographer Alma Haser and the animators/directors Casual Psychotic and Rino Stefano Tagliafierro - an incredible Italian director who created the video for "Closer". His work involves distorting, painting and animating onto real video footage of me and Sian (who also sings on the track). It is inspired by Gustav Klimt’s "Mermaids". 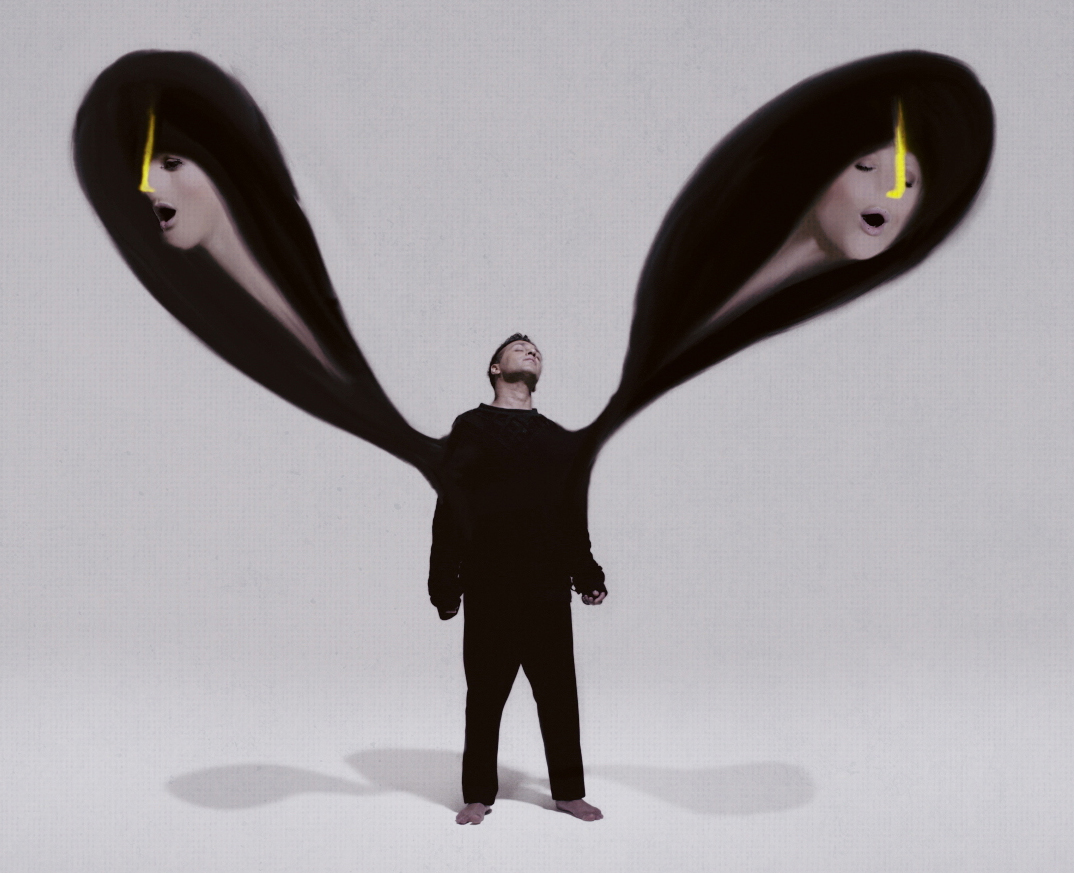 What is the album about?

Mesonoxian means ‘pertaining to midnight’. I was a terrible insomniac sleep-walker kid - still am. I remember watching the stars from my window when I was eight or so, wanting to Jack-and-the-Beanstalk myself off the planet... to begin again. If we could leave and start again, would we fail in the same ways again? Could we fail better than we have? Who would we take? Hiraeth, the title of the animated film for my first two singles "Human" and "Living" is a Welsh word that describes the feeling I had - a homesick grief for something that no longer exists (or in this case probably never did). We are tiny in the universe but look to space, the cold desolate void that surrounds us, as an expanse of hope and the future.

Mesonoxian is about all of these things.

It’s about the illusory nature of time and our conception of it - both from a personal point of view and a physics point of view. Nearly all of the songs started in my teens and are about my Dad’s death. I abandoned them for a long time and rediscovered them recently during a breakdown and decided it was time to finish them.

Mesonoxian is also a lot about a beautiful three-way connection that blew me open, died and - oddly - became the last step in my grief over my Dad’s death…somehow it contained the final piece of the puzzle and I was able to finish the song.

Could you elaborate on the ideas behind "Closer"?

"Closer" is about a calm, unspoken erasure of life to depression, anxiety and to fear. It is the biggest cause of death for the young - one we don’t speak of it - it is our taboo. It is about fear of death - something that dominates and drives so much human life - including my own, sometimes to the point where we fear life itself. It is about the beauty in depression - the dark glittering onyx of it; it is about how we see ourselves - distorted, deformed, painted - but always from behind the veil of our senses... never truly from the outside. It is about standing on the event horizon of a black hole in some sense and the desire to fall in - just to see what would happen.

Sian O’Gorman (who also sings on the track) appears in the video as a figure inspired by the painting "Mermaids" by Gustav Klimt. The video is split into two parts, one light and one dark. We often live between these parallel realities sliding below and back. Melancholy and happy, distant and but somehow always "Closer".  I originally wrote Sian’s chorus vocal part as a guitar part - it sounded awful. I fell in love with her voice instantly and when I realised she could hit the notes I needed, I was blown away. I always wanted the chorus ‘voice’ to come from somewhere else.

Hannah Porter was very involved in "Closer". She and I improvised layers and layers of zithers, celestas, pianos, EP73s, flutes, and even gamelan which I then spent hours manipulating and chopping in to tiny micro-layers. Ingmar and I produced the track together - he added the beats. I wanted the strings to be raga-tinged - and capture the intricacy and drama of indian strings. I did the arrangements and they were performed by Vince Sipprell, who died tragically before the track was completed. 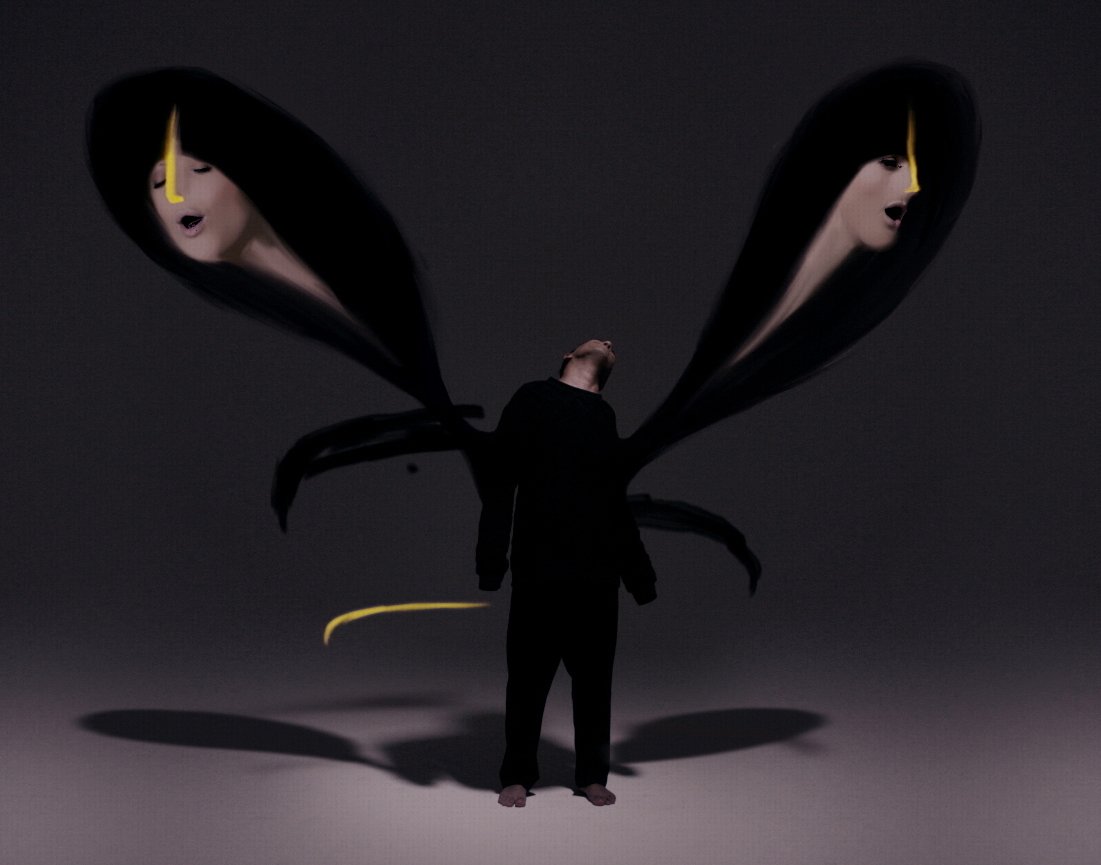 How did your experiences with the London Contemporary Voices Choir prepare you for this album? What have you learned that you'll take back?

It gave me space and time.

I needed that - there’s no way I could have handled performing Mesonoxian back when LCV first started - it was all too painful and would just send me into spirals of depression. The choir kept me alive creatively. I co-founded it with Didier Rochard for a special show Imogen Heap did at the Royal Albert Hall. Back in my my teens (just after Dad died), I toured with her as a guitarist in Japan. She wanted to make a choir of people she’d worked with and so she asked us to create it. We loved it and decided to keep it going. Since then we’ve collaborated with over a hundred artists which has been incredible. A few months back, we even did a special choral version of Imogen Heap’s "Hide and Seek" for the Harry Potter: The Cursed Child stage play. It’s been a mad five years. The choir is a bit like a love army - it’s a creative community first and foremost - but it’s also both the cure and cause of a lot of my madness. There are so many incredible artists within it - it overwhelms me. Running LCV is an immensely humbling thing - it fully opened me to the idea of working with other vocalists on my album.

I’ve learned a lot from Mesonoxian and I’m excited about the idea of making a recording with London Contemporary Voices - I already have some sketches.

What's next for you?

I will be launching Mesonoxian and playing it live for the first time live tonight (27 October) at Institute of Contemporary Arts. I’ll be announcing more gigs soon, including some special acoustic ones with Harpist Glenda Allaway.

Over the last couple of years, I’ve been working with Guy Sigsworth on a new solo project of his which he’s putting out under a different name. My own work is heavily influenced by him - and in particular his hand in Björk's Homogenic and Vespertine albums as well as from Frou Frou (his project with Imogen Heap). We’ve been writing songs about physics - time in particular. I did my degree in Physics and Philosophy - so it’s been great to think about those things again. I’ve also formed a band with an Icelandic singer called Ösp Eldjárn and Cherif Hashizume (who worked on Mesonoxian) called Hrím. We’ll be putting out our first EP early next year.

Sebastian plays at the Institute of Contemporary Arts in London tonight. Find out more and grab tickets.