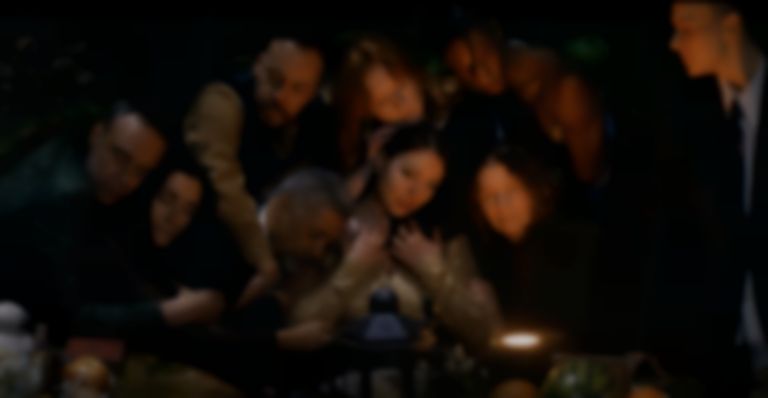 Olsen announced her Big Time album in March and has released two singles from the record so far, "Big Time" and "All The Good Times", and today Olsen and director Kimberly Stuckwisch have shared details of the Big Time film, which will premiere on Amazon Music’s Twitch Channel next month.

News of the 28-minute film is also accompanied by the official trailer, which is soundtracked by two new Big Time tracks titled "Chasing The Sun" and "Through The Fires".

Olsen said of the film, "At the time of my mothers passing I kept having these super visual dreams about time travel. Later on I decided I’d name the record Big Time, not only because of the song but also as a kind of wink to time expansion and change. When I approached Kimberly Stuckwisch about making these videos, I thought it would be cool to include the storyline of one of the dreams I’d had, and really use it as a way to tell the story of the songs. She added dialogue and events, some that are based in reality and others that haven’t happened, to create a story arc around my dream, to give it a thicker plot, using the music videos within and creating a larger film."

"I’ve always had a vivid imagination and it was really special to make these subconscious moments real, but it was also a really emotional and raw process and felt almost at times like a spiritual clearing, that by putting myself in the story and moving pieces of it around, I also personally had to re-examine my losses and find a new way to process the events that actually took place in my life," Olsen added. "Though most of it is scripted, it is probably the most intimate work I have ever made and shared with the public.. and it serves as an homage to my mother. I only wish my mom was here to listen to the record, because something tells me that she would have really liked this one."

Stuckwisch said, "Big Time is the story of light versus shadow told through a non-linear surrealist dreamspace that poses one central dilemma. ‘What lengths must one go through to let go of the past in order to step out of the darkness and accept one's true self?’"

"It's a story that targets deep rooted complexities such as how our unconscious deals with repressed sexual identity, the hardships of letting go of our past selves in order to step into self actualisation, and the guilt we hold when dealing with loss," Stuckwisch continued. "For one reason or another, we all have parts of ourselves that we struggle to forgive as well as a part of ourselves we are afraid of exploring or that we think society won’t like—so we push those parts down into our unconscious psyches, into the shadows. This is the story of drowning in those fears before releasing your light."

There'll be a Big Time London screening on 17 May at Everyman Screen On The Green. Tickets are on sale now from everymancinema.com.

Angel Olsen's new album of the same name is set to arrive via Jagjaguwar on 3 June, and is available to pre-order now. The Big Time film will also have an online premiere on 2 June via Amazon Music’s Twitch Channel.