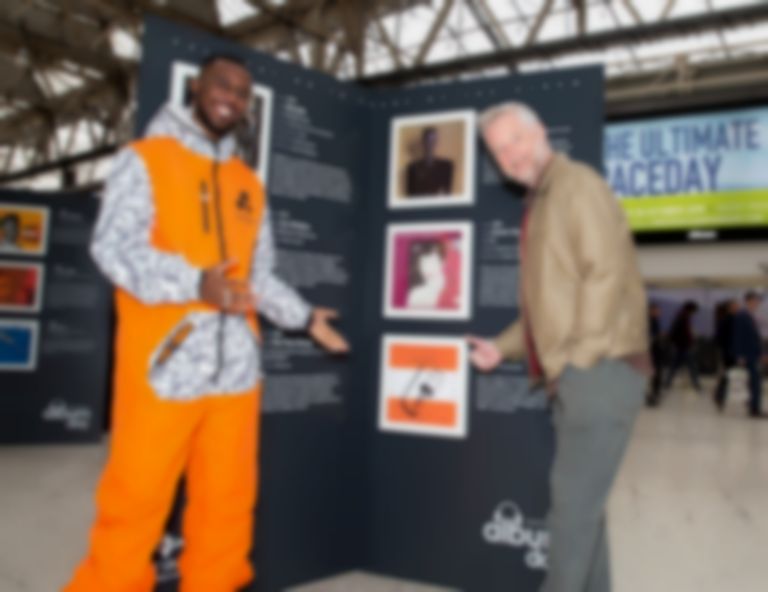 Novelist and Billy Bragg appeared at London's Waterloo station to launch an exhibition that celebrates some of the most iconic album artwork from the past 70 years, coinciding with the UK's first National Album Day.

Revealed this morning (8 October), London's Waterloo Station is the first stop for the exhibition that showcases some of the most popular album covers, before it heads to Manchester Piccadilly from 22 October to 5 November, and Glasgow Central Station from 6-19 November..

Launched as part of the celebrations surrounding the UK's first National Album Day this weekend (13 October), the 70 iconic album covers have been chosen by a panel of judges that includes the likes of Novelist, artwork designer Matthew Cooper, Bella Union founder Simon Raymonde, Cardiff's Spillers Records owner Ashli Todd, and many more.

Speaking about the exhibition, Alison Fielding, Head of Creative at Beggars Group explained, “This is a wonderful project to be involved in and very close to my heart, especially as I was researching some of the beautiful old vinyl sleeves. There was a real craft to them, hand drawn type, vibrant colours, collage (which would have all been hand done) and really out there photography. You can’t even begin to imagine how long these sleeves took to do. It’s interesting to see how sleeves have evolved, but also how many contemporary sleeves borrow from the past and genres are constantly recycled.

Alongside the exhibition there will be a public vote for the top three album artwork choices, which will then determine the UK’s ultimate album cover announced next month. Find out more.