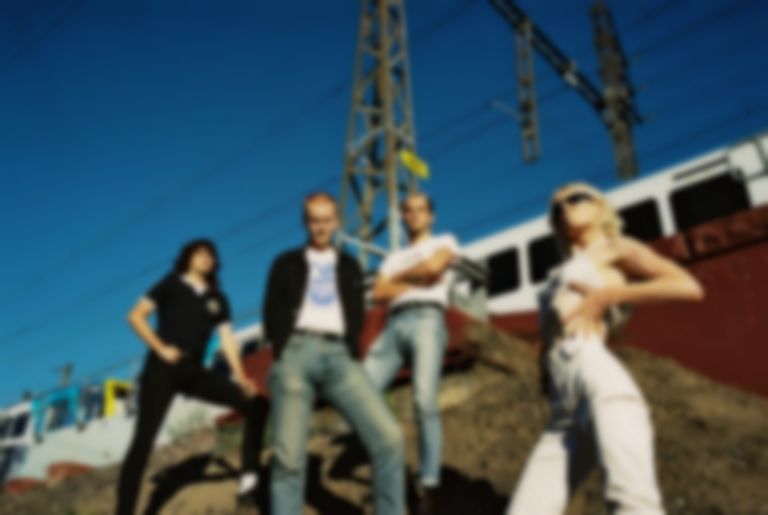 Amyl and The Sniffers have unveiled new cut "Hertz" as a final preview of their upcoming second album Comfort to Me before it drops in full on Friday (10 September).

"Hertz" is the third single to be lifted from Comfort to Me, following earlier outings "Security" and "Guided By Angels".

Lead vocalist Amy Taylor says of the new release, ""Hertz" is a daydream of wanting to go to the country/bush and see landscapes other then the city, go like four wheeling driving or getting sunburnt and having fresh air. Repulsed by confinement kind of daydream. sometimes when we’re on tour and we drive past a field I just want to run in it. Frustration of being stuck in one place. didn’t know who I was writing it about but after I wrote it I figured out who I was imagining driving around with. It was written in 2019 but very much so sounds like a pandemic song."

"Hertz" is out now. Amyl and The Sniffers' Comfort to Me album will arrive Friday (10 September) via Rough Trade Records, and is available to pre-order now.