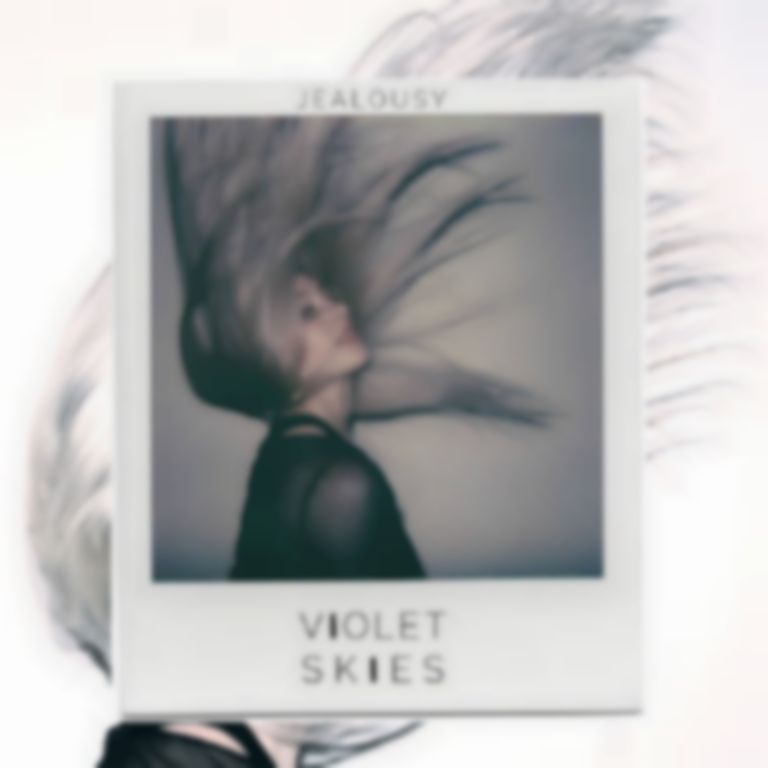 In an attempt to manipulate Othello in the Shakespearean play of the same name, Iago warns him of the destructive qualities of jealousy. He calls it a "green eyed monster", a being that likes to mock those that fall prey to it. It's this malevolent beast that is the focus of Welsh R&B/electro-pop artist Violet Skies, who today shares her latest track "Jealousy".

Since the release of her debut single, the spectacular "How The Mighty", back in late 2013, Violet Skies has played the BBC Introducing stage at Glastonbury and dropped a fantastic EP in the form of Dragons. Now, as she prepares to head over to Austin ready for a number of showcases at SXSW, we finally get to see what she's been up to over the past year or so.

Where "How The Mighty" was a big, cinematic breathtaking debut, and "Dragons" was a steer towards the sort of thing that'd set a club alight, "Jealousy" is much quieter - much darker.

Utilising the sparse electronic arrangements and beats that seem to shatter like glass, this is much more the vein of BANKS or Rosie Lowe, the distorted humming very much reminiscent of the former. As Violet Skies' vocals become more and more warped and mishapen, it starts to sound as though she is fighting to eliminate that little green eyed monster that's plaguing her every thoughts.

For her, the process around "Jealousy" was the weapon against that monster:  "I'd never really experienced jealousy of this kind. It was a horrible, consuming feeling that was essentially my own insecurity manifested. I wrote this, dealt with my issues and it was a totally cathartic experience, getting it all out and not being ashamed of how I felt."

Quieter yet no less arresting than her previous singles, "Jealousy" is a sign that Violet Skies is headed for big things, especially if her time at SXSW proves fruitful.