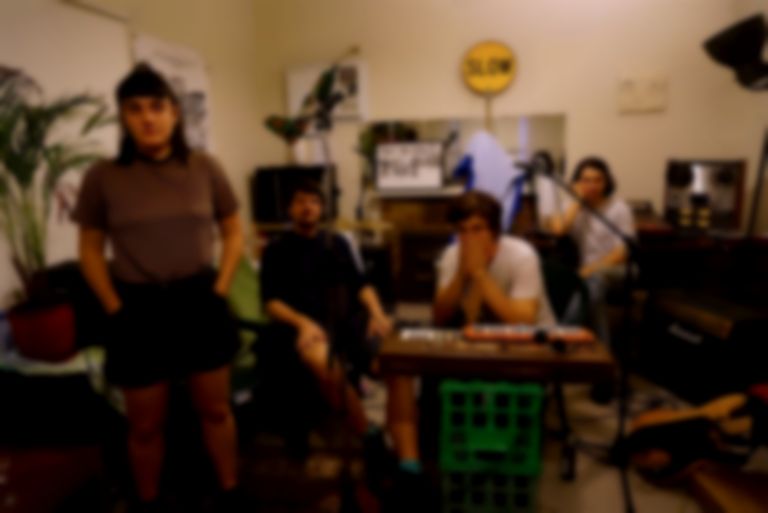 Featuring members of Dick Diver, The Stevens and Boomgates, The Stroppies are a band with a solid foundation that is built on a strong heritage and so there was little chance they were ever going to go wrong - and you needn't look further than new single "Maddest Moments" for proof.

"Maddest Moments" follows on from last year's self-titled EP, and further exemplifies The Stroppies' ability to marry pop melodies with a slacker rock sensibility, always pushing the boundaries and opening themselves up to sonic experimentation.

It's a song that explores the idea of feeling completely stuck, no matter whether you're inside looking outwards, or outside feeling completely overwhelmed. It brims with endless ideas, where melodies glide then jolt to halt as a new time signature dictates another mood in a kind of jangling, hypnotic madness, espousing the deep-seated urban anxiety that encapsulates every note.

The band have explained how they are still open to new ideas and describe how they are still pushing the limits of what The Stroppies are all about, refusing to settle or let themselves get too comfortable, as they say “the last two 7"s have been a road test of sorts. Expanding (or reducing) the working methodologies, throwing stuff at the wall and seeing what sticks, and trying to get an idea of what might work in terms of production in the future. They’re not definitive statements, rather little esoteric textures in the narrative of the band to date.”

The song will come as part of a limited edition 7" which was recorded between Phaedra Studios and a small garden shed and tracked with Zac Schneider of Totally Mild. The 7" will be released on 25 May via Tough Love Records and available to pre-order.

"Maddest Moments" is available to listen to on Spotify now.