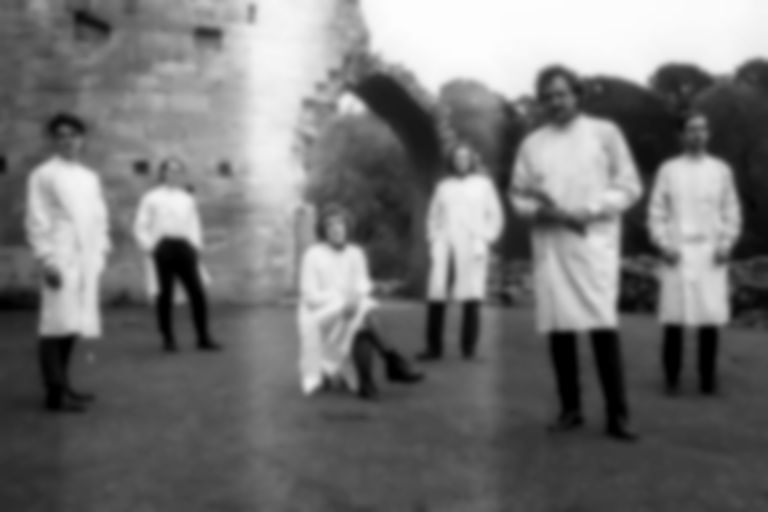 Photo by Sam Joyce
Song Of The Day

Leeds six-piece Team Picture have released their brooding new single “Handsome Machine” from their upcoming debut album The Menace of Mechanical Music, out this June.

Team Picture have delved into the theme of the increasingly disposable nature of creation by a human hand, and where that leaves the creator. As part of their broader project, the band were inspired by an early 20th century paper by American marching band leader John Philip Sousa, which warned against the “menace in machine-made music”.

Pretentious ideals or not, the band combine illicit ideals of times-gone-by with an air of automated urgency. Their sound reeks of late '80s/early '90s My Bloody Valentine, but equipped with the enticing charm of a Keaton Henson-esque vocal, where you fall in love with a voice that sounds like it's coming from a heart broken in two but you can’t help but subscribe to its memoranda.

In the hook there’s a shooting synth that reaches to the stars and up the back of your spine. The twinkling of its shimmering light evaporates as fast as it arrives and leaves you finger-painting into thin air from where it just was. It’s as if The Blue Nile have reincarnated themselves as a six-piece from Leeds who are earmarking Grimes' prophecy of “the end of human art”.

Guitarist Josh Lewis dissects the track's genesis: "It's a bit of a mood piece about that great word 'Saudade' - a deep melancholy longing for something that's past. Like how you feel about your first love, or maybe a group of friends or a place in time in your life which you'll never have or experience again in the same way."


With an album coming in three parts, Team Picture have set themselves up beautifully with these opening remarks. If the record is anything like this single, they could prevent the complete automation takeover – for a while longer at least.

"Handsome Machine" is out now and The Menace Of Mechanical Music will follow on 12 June via Clue Records, and it's available to pre-save now. Find Team Picture on Instagram.