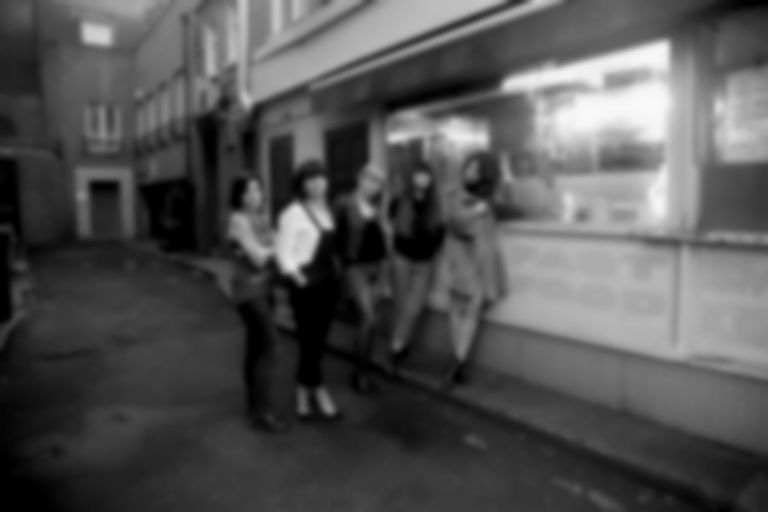 September Girls build upon their noise-pop foundations with blistering new single “Black Oil,” premiering today on Best Fit. The new track from the Dublin-based five-piece follows the January 2014 release of their debut album Cursing The Sea, a record described in our review as “turbulent”.  “Black Oil” serves as our introduction to the forthcoming Veneer EP.

Cursing the Sea had moments of sweetness nestled among the gloom. “Black Oil” is all steely, jagged angles and ferocity packed into a three-minute blast of muscular drums, gutsy guitar and bass, and a keyboard melody that glowers in the noisy fray. Spoken/shouted vocals bring September Girls into fine company with the post-punk sensibilities of Savages and Heliotropes. This visceral and ultimately cathartic track whets our appetites for more music from the band.

Speaking about the track, bassist/vocalist Paula said, "Sarah and I started jamming out the music one day in the studio. The imagery in the lyrics came from a couple of places, the first being a dream I had, the second being some crazy stuff I had written down on Christmas night last after a few drinks. The meaning of the lyrics "if I could swim, I'd be dead by now" is about acceptance of one’s own limitations and the realisation that perhaps sometimes your perceived shortcomings can be the thing that saves you.”

The Veneer EP will release on 24 November via Fortuna Pop! and can be pre-ordered via iTunes. An official launch event for the EP will take place at Bello Bar in Dublin on 28 November.