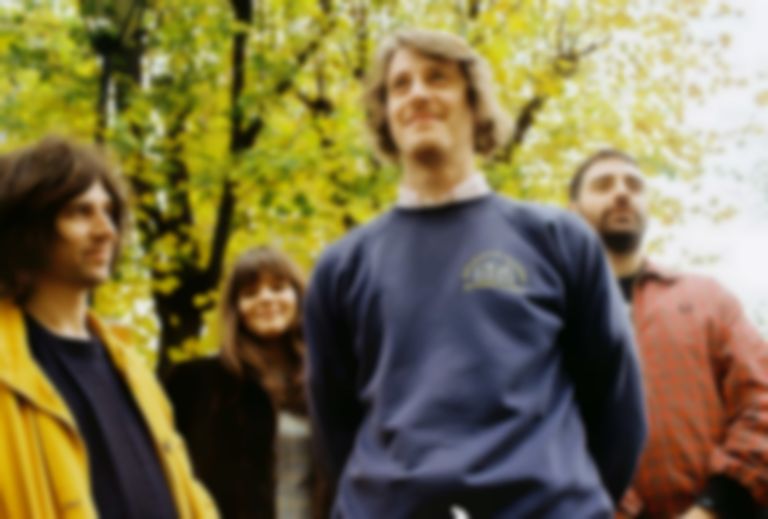 Photo by Holly Whitaker
Song Of The Day

“We're all heading for disaster / looking for an answer / trying to make some sense,” sings Enock with a foreboding sense of existentialism.

The track's creation was initially influenced by Enock's realisation that the composition of Justice's “We Are Your Friends” is a “non-stop chorus”. That epiphany “made me want to write a Pynch song that did the same thing,” he explains.

Enock then brought the tune together within a couple of hours in the middle of the night. “I started with the motorik beat and then the melody and lyrics came really quickly and were written in a sort of stream of consciousness. Listening to them back now, they really succinctly capture how I was feeling at the time. I think they’re quite evocative on both a personal and macro level.”

Enock speculatively sent the track, alongside a couple of other demos, to Dan Carey at Speedy Wunderground. “Dan just emailed me back a few days later saying ‘I fucking love this’ which was a very welcome surprise!

“The actual day of recording with Dan and Alexis [Smith] was just like a dream. When we first got there Dan programmed the beat into the LinnDrum and then we just didn’t stop recording for the next eight hours. We all had so much fun and were so happy with how everything sounded. Dan is a musical wizard.

“I try and listen to everything we get sent,” says Carey, “which is hard because we get sent a LOT. This came through as I woke up early one morning in a hotel in Berlin where I’d been recording with an artist. ‘Disco Lights’ stood out immediately – and seemed so different to anything we’d done before.

“I loved its pop sensibility,” adds Carey, “but the demo was really lo-fi. I kept imagining this bigger, more widescreen version of it. In my head I wanted it to be almost like TOY covering ‘Everywhere’ by Fleetwood Mac.”

“Disco Lights” is out via Speedy Wunderground on 13 December on limited 7” vinyl (250 copies) and digitally on 22 November. They play Camden Assembly on 24 November, and you can find their other dates on Pynch's Facebook.