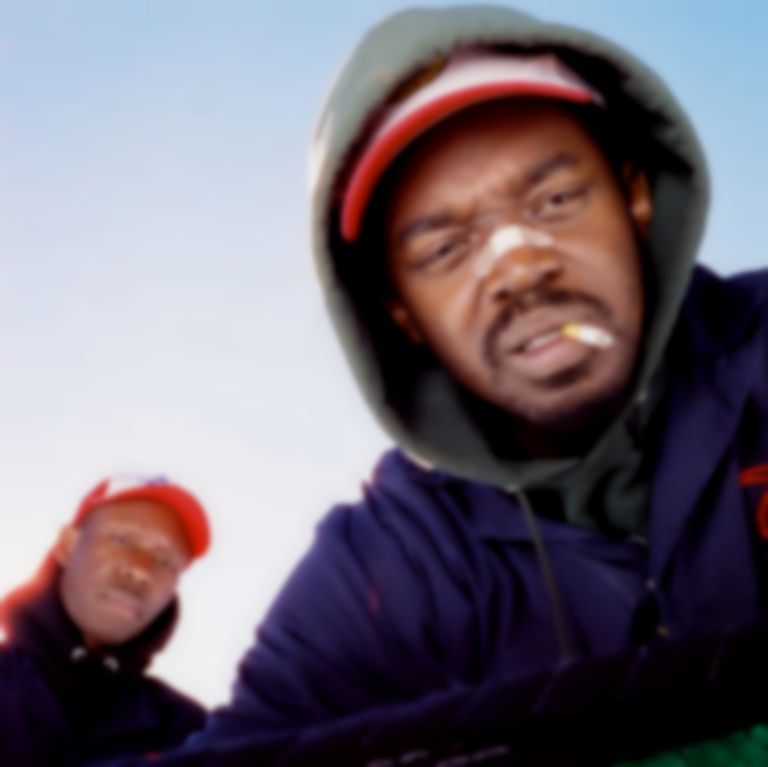 Making themselves heard through the brash blow of their launching track's first bars, Paris Texas, made up of Louie Pastel and Felix, have released the nightmarish "Heavy Metal".

Although not much is known about the twosome yet - other than the fact they're managed by the same team as Clairo - it's evident from their name and their compelling visuals that they're cinephiles and creatives. Their genre mash-up gratifyingly steps into the experimental space created by Death Grips, Brockhampton and Clipping.

Having drummed up anticipation for their official debut release with scenes of grim cadaver discoveries, Paris Texas continue their grisly thematic trajectory on the accompanying visuals of the new track, directed by Baltimore creative Austin-Taylor Richburg - a member of Illimiteworld collective who were also at the helm of its production.

As a black filmmaker, Richburg had wanted to make films since he was a child, as he explained to Document Journal: "But I never saw someone who looked like me making movies. I didn’t even conceive that it could be a path for me." He summarised that "it’s important to uplift the people doing shit in our community, to give them exposure."

Paris Texas have already promised "big plans" ahead, and with this through-and-through banger of a debut as just the beginning, we're taking that as gospel.

"Heavy Metal" is out now. Find Paris Texas on Instagram.