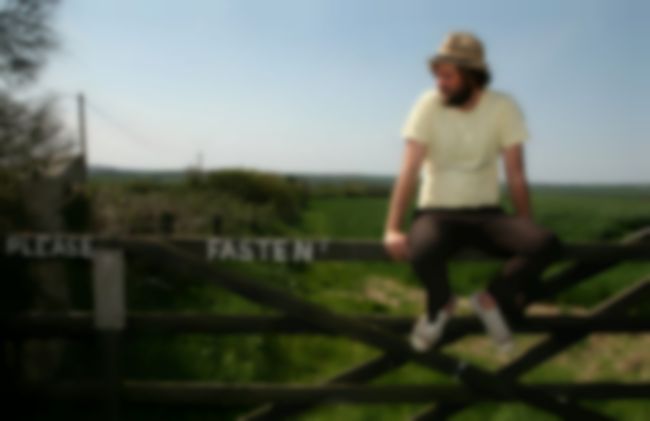 A label known to many as the first port of call in discovering many a glorious shoegaze act, Sonic Cathedral today announces the signing of one of the genre’s (oft criminally overlooked) pioneers. Founder of 90s Creation veterans Slowdive, Neil Halstead has been quietly releasing records for 20 or so years, often to little fanfare or applause. There is however, always a consistency to Halstead’s work. Whether it be the shoegaze dream world he created in his Slowdive days, the sprawling desert sized nuggets from the extensive Mojave 3 back catalogue or indeed his own solo material, a quality remains throughout his work – that of genuine song-craft. Perfection in simplicity.

Indeed, it’s simplicity that makes today’s Song Of The Day ‘Digging Shelters’ so enthralling. Akin – in its hushed tones and intricate guitar finger-play – to another overlooked English songwriter, Peter Bruntnell. Warm and inviting, the track is the opener to Neil’s forthcoming album Palindrome Hunches and acts as the perfect lead-in. Instrumentally sparse, with just a gentle piano line and Uncle Tupelo / Son Volt evoking violin as accompaniment to the guitar and voice – ‘Digging Shelters’ is, like much of Halstead’s work, an understated gem.

Palindrome Hunches is released via Sonic Cathedral on November 5.