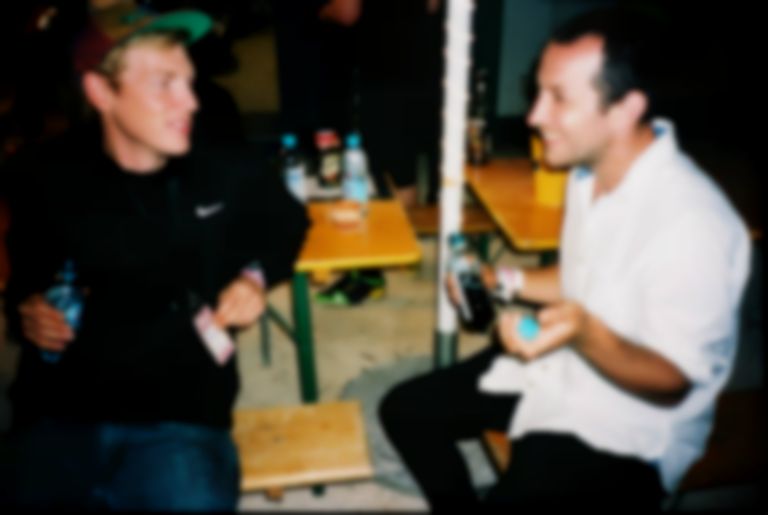 In a long overdue follow up to their masterful debut Yesterday's Futures, Mr Key and Greenwood Sharps are back with "Luv is All You Need M8".

"Luv is...", taken from EP Green and Gold, also out today, borrows the pessimism of Key's previous work and lines it with silver. His lyrics – though flavoured with a distinct bitterness – ask the listener to take solace in the track's titular declaration: “In communion with God’s creation / Universe my church and love my denomination.”

At the desk, Greenwood Sharps brings a palette of muted electronics, as reversed samples and cricketing percussion bubble under Key's drawl. The track also features an unexpected resampling of Lloyd’s “Get It Shorty”, taking the lascivious R&B banger and twisting it into something oddly sentimental.

Green and Gold marks the duo's first release since 2015. Speaking to Best Fit, Mr Key preferred not to comment on the meaning behind the track, telling us:

"I think of listening to music as a process co-creation rather than consumption. Because of that, I’m always hesitant to speak about the music we make; the more we explain and define it the more we limit its possibility to be other than how it was originally conceived."

"At the same time, it's an insane honour that there are people out there who give enough shits to ask so: I like this song, and I hope other people like it too.

"Also, obviously love is not all you need. At this particular moment in time, expressing the idea that it is might seem naive, solipsistic even. But it's not. Register to vote. Vote love. There's an episode of a Novara podcast - ACFM - about love and hate that I think explains this really well."

Mr Key and Greenwood Sharps’ Green and Gold is out today.