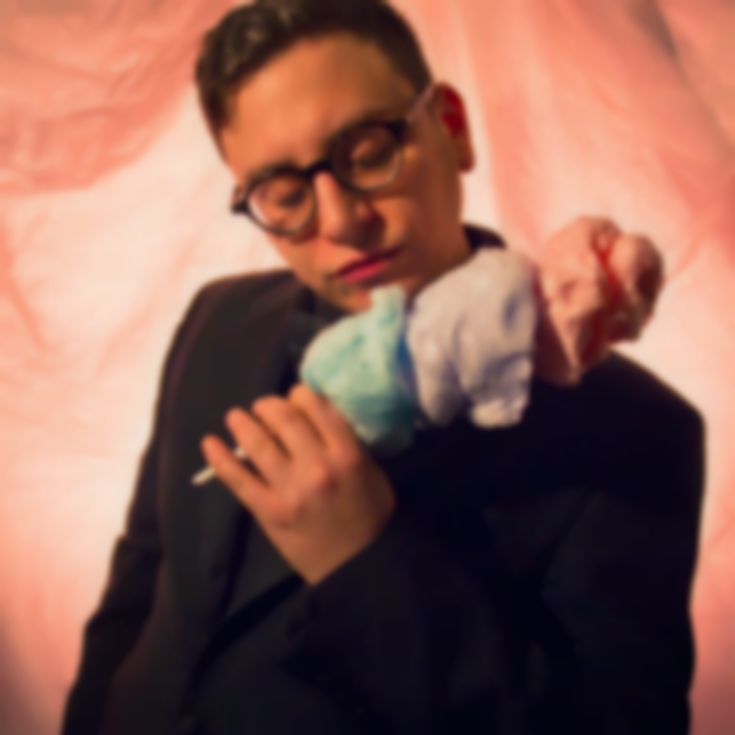 When last we heard Corey Regensburg’s work as Moon Bounce, on February’s Dress Rehearsal EP, it was clear he was a unique talent with innovative ideas. More uncertain was his willingness to harness that ability in the service of songwriting—a tendency toward self-indulgence at times mired what was otherwise a very solid collection of songs (see, for example, the strange ending of “Shake”, in which the beat suddenly drops, giving way to theatrical a capella harmonies singing “how close do you need to be / to purge the guilt inside of me”, one of a few moments that feels distinctly out of place).​

​In other words, Moon Bounce was like a lot of up-and-coming artists: full of ideas, less full of direction, obsessively exploring every thought and every sound, sometimes over the course of a single three and a half minute cut. But on latest single “Fool”, premiering today on Best Fit, Regensburg reins things in just enough to deliver his smoothest work yet.

That’s not to say that “Fool” displays any less studio wizardry or aural innovation than usual. Fear not listeners: there be strange sounds here. But in a first half built primarily on cheeky synths (including some that flash and burst like laser beams throughout) and simplistic, sing-song lyrics, the music seems intent on letting the audience in on some unknown joke. “I could have played a fucking fool” acts as the bitter punchline, the least desirable of outcomes in a long list of alternatives.

The song’s second half is less straightforward and more experimental. Regensburg plays with the tempo and timing of the beat, apparently dead set on killing anyone with the balls to try dancing along, and excellent use of pitch modulation gives the vocals an exotic flair to match.

Though he’s been compared to James Blake and Baths, Regensburg’s work on “Fool” hints that he may be capable of mixing the knowingly playful and the emotionally exploratory in the same ways that make Hot Chip one of the most beloved synth-pop bands ever. And that is very good company for an up-and-comer indeed.

Says Regensburg: “I’m super excited to finally release ‘Fool’ into the wild. The chance to put out the Fool / Echo Back EP on Grind Select (run by my manager, Jeremy, and me) is a pretty special opportunity. We wanted to take advantage of having full control over the release (and do something a bit unique) by putting it out via limited edition scratch-off lottery tickets.

“Along with a guaranteed download of the EP, fans have the chance to win some pretty neat prizes, including Moon Bounce t-shirts, unreleased music and a chance to have themselves animated in my next music video! Much love to everyone who has supported me so far, I can’t wait for you to hear the new tunes <3”