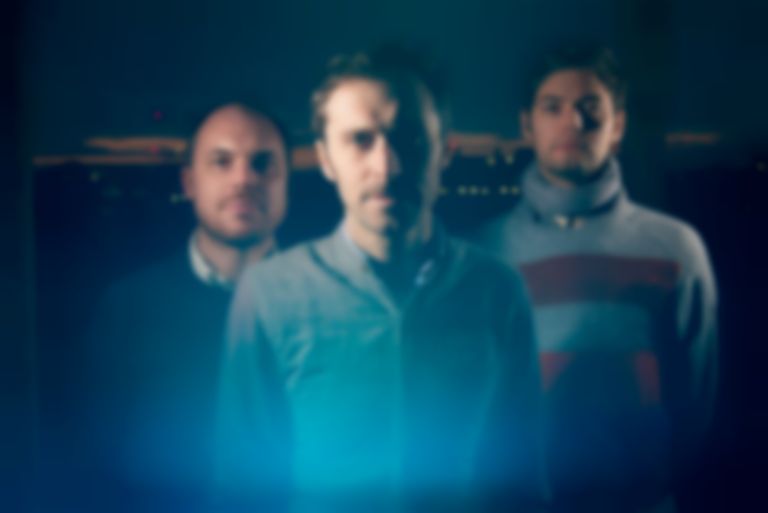 Photo by Sebastien Dehesdin
Song Of The Day

London's Left With Pictures preview their new album this April with the moving "The Night Watch".

Centred the emotive refrain "All who love you/will be here", "The Night Watch" gently encircles itself, picking up small orchestral and electronic flourishes in its wake.

Walker had this to say about the new record, produced by Richard Formby (Wild Beasts, Ghostpoet, Darkstar): "Richard’s job as producer was often to gently unpick what we’d done and refocus it. He encouraged us to change arrangements in the studio – often stripping parts away and leaving a broader, more cinematic sound.

"He's is a master of vintage equipment – modular synths, old organs, tape delays, etc. – and he always had ideas about which sounds to use and how to distort, bend and re-imagine the music we made."