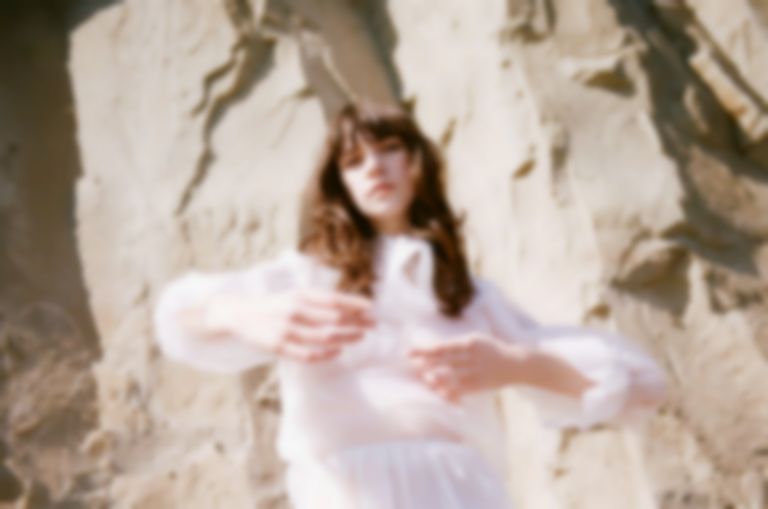 Secretly Canadian’s Le Ren returns with the intimate and mesmerising new single “If I Had Wings”. It is accompanied by the announcement of her forthcoming EP Morning & Melancholia.

Grief is a deeply individual experience. Some bury their pain in the back of their minds by turning a blind eye to their reality, whilst others succumb wholly to their hurt to the point of not being able to complete their daily obligations. Grief is something that Le Ren has become highly acquainted, something that she extrapolates on with her upcoming EP Morning & Melancholia and her new single “If I Had Wings”.

Two years ago, Lauren Spear’s former partner was tragically killed in a car accident, something that understandably shook the 26 year old Montreal-based artist to the core. She became burdened by the knowledge that she alone was now the sole keeper of the pair’s memories and experiences, but instead of buckling under its weight she began to immortalise their union in her music. The songs that comprise Morning & Melancholia intimately detail this time, a process first debuted by her latest release and encapsulated by the haunting iPhone and 16mm visual shot by director Ali Vanderkruyk.

Spear’s longstanding affinity with folk and bluegrass is entrenched in the sound of “If I Had Wings”; softly strummed guitar and minimal percussion conjure the essence of a lullaby, whilst its keening pedal steel sways with the nostalgia of the moment. The most powerful instrument here however, is Spear’s own voice; possessing a throaty tone that is imbued with a wizened melancholy, she dips and coos her way around the tale she is weaving, occasionally peaking with a soar that threatens to scale the heavens. Her knowing, anecdotal air is one that carries an essence of Joni Mitchell, John Prine or Bob Dylan.

“Discussing songwriting feels the same as when someone asks about your tattoo,” says Spears of the afflictions of her craft. “You’re putting it out there, showing it in public right on your arm. Then, when someone asks you ‘Hey, what’s that tattoo mean?', you're shocked to have to explain it, as it is a choice that feels essential for a particular moment.”

"If I Had Wings" is available now via Secretly Canadian, with the EP Morning & Melancholia to be released 31 July. Follow Le Ren on Instagram.