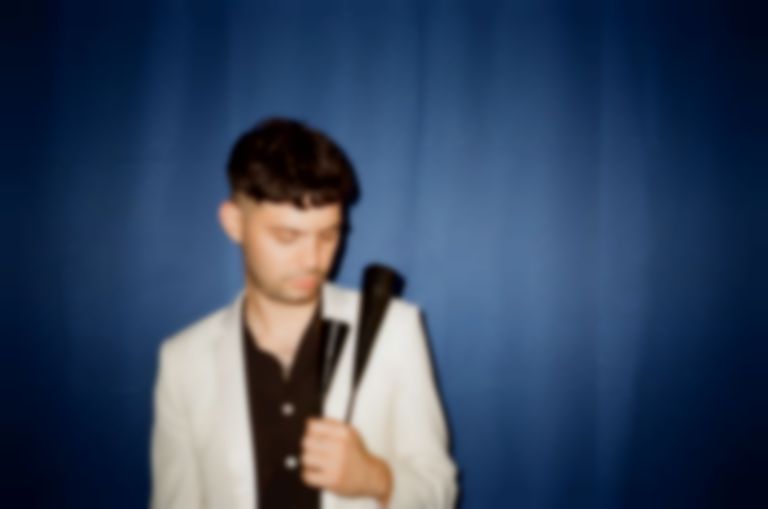 Photo by Ralph Fuller
Song Of The Day

Le Junk’s journey to this point has been marked throughout as one of a person always willing to try new things. His early interest in music began with an introduction to the art of drum and bass before Le Junk decided to take things to the next level with the addition of more traditional pop styling and instrumental choices.

Whilst working with Gharial, Le Junk released his debut single "Rich Romance’" a track built upon a pulsating beat with a heavy, Jack-White-esque guitar line guiding the listeners throughout. The track was quickly followed later that same year with "Level 3", an examination of false ideology and the negative effects of adoration. Ever since, Le Junk has been riding a wave of plaudits, only cemented by the previously aforementioned 2021 release of "Bad Stuff".

In comparison to his previous works, "Sticky Side" is Le Junk's most pared-back work to date. Melodically simple, the track begins life as an ode to early rock until, much like the history of music itself, it slowly finds transitioning into a work of electronic/disco distillation. Lyrically, it takes a birds-eye view on toxicity in relationships with both others and ourselves.

Speaking about the track, Le Junk noted that "Sticky Side" is “about wanting to keep a healthy distance from someone who you know is toxic but can easily fall in love with."

"The idea behind the song is something I’ve witnessed time and time again as we’ve all probably been guilty of overriding our own common sense at some point. This song should serve as a reminder that you can’t always help what you feel, even when you’re totally aware that your next move won’t be a good one.”

"Sticky Side" is out now. Find Le Junk on Instagram and catch him live at Sebright Arms on 7 October and Paper Dress Vintage on 11 November.