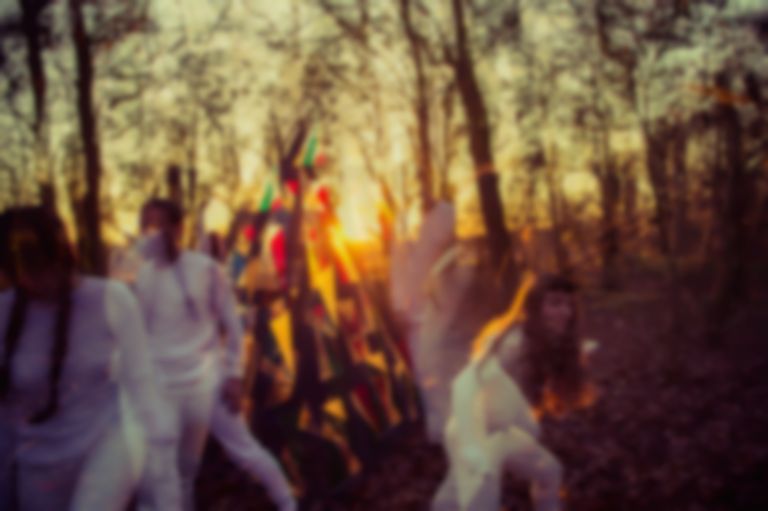 Photo by Stephanie Sian Smith
Song Of The Day

London's Landshapes have unleashed the dynamic “Stay” ahead of the release of their new record, Heyoon. We have the premiere today on Best Fit.

The track starts at full-throttle with an incisive guitar/bass combo driving toward a chorus that never materialises. At first reverb-heavy vocals coat “Stay” in a psychedelic fog, though they don’t do much to mitigate its frantic acceleration. Then—at almost three minutes in—things take a turn for the celestial with fast and furious guitar chords giving way to pensive, single-note plucking. Layered harmonies become a new and totally mesmerising focal point.

“Stay” is deliciously duplicitous, allowing Landshapes to showcase an impressive range within a short timespan.

The album artwork for Heyoon, which takes its name from a secret place, features a giant stained-glass pyramid structure created by Isabel Farchy in collaboration with the band. It will be touring galleries and festivals over summer. Landshapes play their third gig of a three-week residency at London’s Total Refreshment Centre this Thursday, 26 February.

Heyoon is released on 4 May via Bella Union (pre-order CD and vinyl).