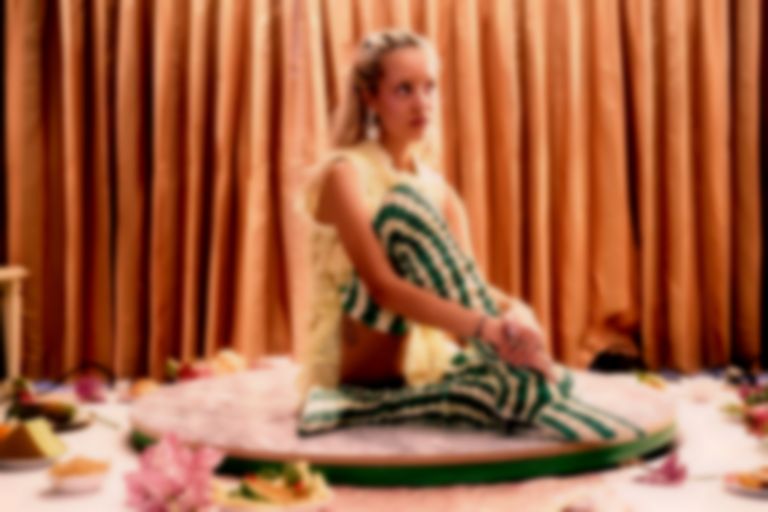 For one who considers themselves shy, singer-songwriter Josie Man creates music that demands attention. Amidst its toe-tapping beats and bright arrangements, her sound flits from the more understated tones of “Colours” to the buoyant bop of latest outing “Baby Pink & Blue”.

Taken from her newly released debut EP aLOVINGboothang, the aforementioned singles spell out precisely why the South London/Hong Kong talent is causing a stir. Embodying an air of purity with her smoothly honeyed vocals and dreamy delivery, “Baby Pink & Blue” is a lovestruck ode to romance, albeit, one more idealised in a 21st century fashion than that of classic fairy tales.

“Love makes me happy until it gets sad / why do we do things that make us feel bad?” positions Man, ruminating on why exactly humans have a tendency to compromise their own joy. Diving headfirst into the obsessive side of a blossoming relationship but fast realising that independence and freedom within the union is where it’s really at, “Baby Pink & Blue” again reinforces Man’s unique space in the new music spectrum.

“'Baby Pink & Blue' is so special to me," she says. "We wrote it in a little treehouse in the countryside. The song’s about wanting the best of both worlds by having a balance of feeling whole when independent; but also being happy within a relationship.

"It’s about the juxtaposition of feeling free in a relationship and also feeling complete when you’re alone and without your other half. It’s about loving being in love, but having self love that’s so strong that you love being alone, too.”

“The video illustrates the sentiment of the song, with scenes of me alone and scenes of me with my boyfriend. Even though at times I feel conflicted about it, I’m happy in both scenarios. There are Chinese elements in the video which remind me of my family and my culture. I was so excited to have Tash Tung involved as a director as we come from a similar cultural background, too, so I felt like she understood the creative vision perfectly.”