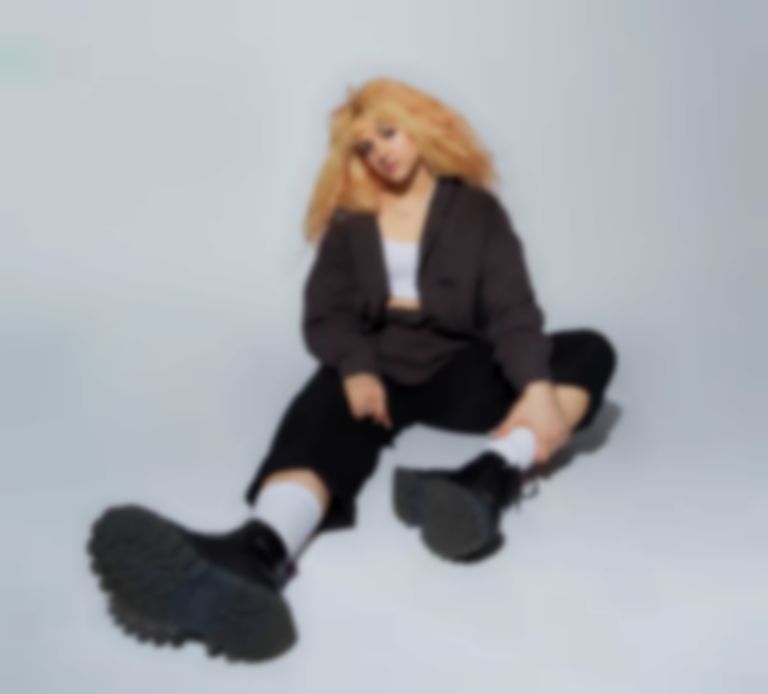 Photo by Coughs
Song Of The Day

Izzy Camina depicts the sickly sweet euphoria of losing yourself to dysfunction and chaos on her debut “UP N DOWN”.

There’s an odd absolution to be found in the depths of a heaving dance floor - a dark liberation in giving yourself over to the weight of the bass and chaotic synchronicity of the crowd. Rising LA-based producer and songwriter Izzy Camina captures that sense of sickly sweet oblivion on her new track “UP N DOWN”.

“I wrote this song one night after work in December 2017,” she explains. “I was frustrated and angry at the world, yet intoxicated by its dysfunction and how we cope, whether it be with drugs, lust, violence, or music.” In telling her own story, Izzy Camina represents a generation: one trying to make sense of the 24-hour noise and chaos of 21st century America and the wider western world.

As she sings “A young Americana who’s always been with the shits” in embittered celebration of her generation, the heavy impact of the track's beat echoes in an ambient euphoria. “Humanity is sick, but it feels so much better when you seal it with a kiss,” she sings, embracing the dysfunction.

“UP N DOWN” is out now. Find Izzy Camina on Instagram.