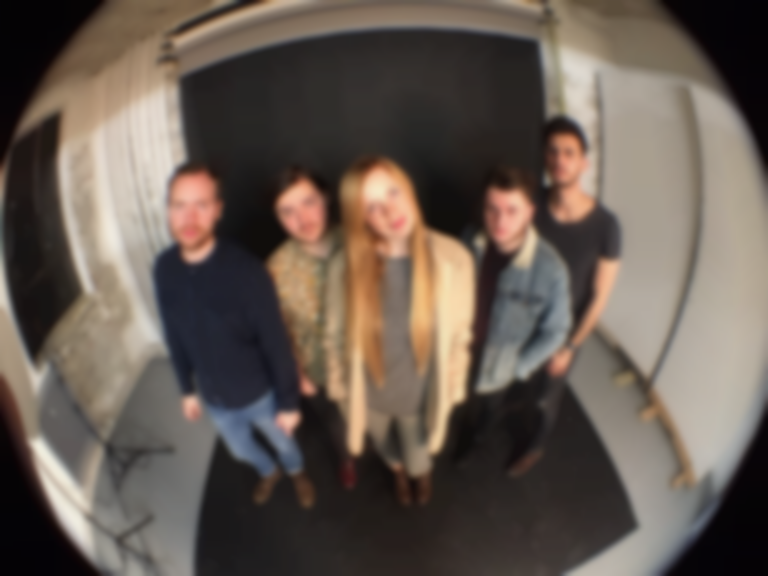 London-based quintet Heavy Heart are dropping a single every month in 2016 and their latest, "Pretty Thing," expands on the band's tremendous promise.

In a modern culture where entire seasons of shows are instantly available for binge watching on demand, it's nice to see art released in a way that moves with you over time. If you head over to Heavy Heart's Soundcloud page, you'll find four beautiful singles, of varying styles but still moored in the dreamy aesthetics of their overall sound, for each month in 2016 so far. Each comes with accompanied with individual, narratively tethered artwork that makes each new release its own moment now, which will eventually serve as a time capsule for what just might be the major jump start to big things for the band.

"'Pretty Thing' is about someone who is only concerned with appearance, who has let everything under the surface wither away, Vincent says.

"I get so bored with the way beauty and youth are increasingly held up as if they're talents or achievements. The way girls, in particular, are encouraged to turn themselves into these weird living dolls with perfect pouts. I wanted to write a song reminding girls they need to show their teeth once in a while too, even if they look ugly doing it."

Steam Heavy Hearts' "Pretty Thing" and keep a look out for a new single from them each month in 2016.