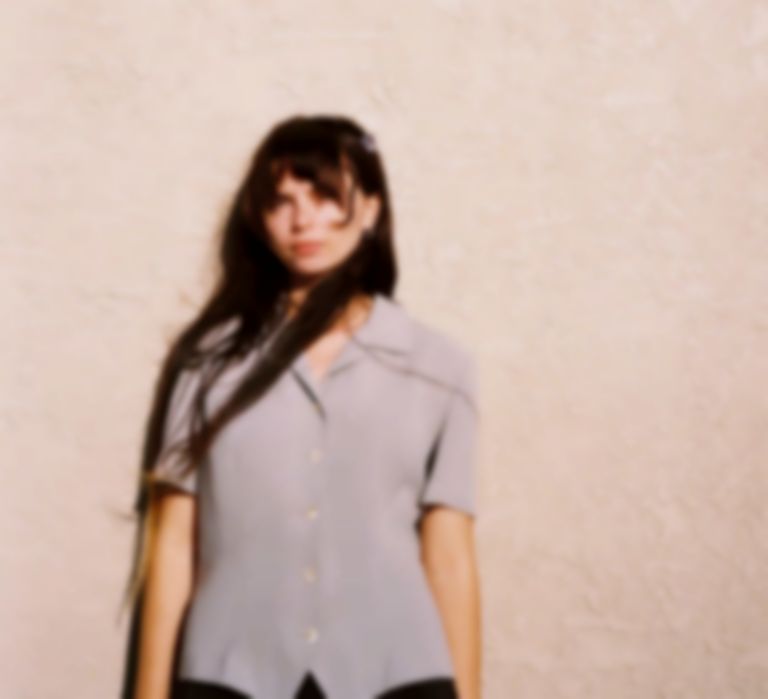 Photo by Sergio De La Torre
Song Of The Day

After her first full-length album Oregon In A Day two years ago, the Los Angeles-hailing artist’s folk patterned songwriting is delivered with an organic, laid-back and unvarnished execution – lyrics pinpointed in the emotional catharses born out of life’s conveyer belt of unexpected events. Gracie Gray mirrors this direction on “alienlover”: adding a sauntering, idiosyncratic dimension to a sequence of ambling guitar riffs, gentle percussion, and ethereal vocals.

The track’s unearthly style can be traced to its equally unique concept, which prompted the Hand In Hive signee to ponder on the source of artistic inspiration itself. “This song means a lot to me because I feel like I barely wrote it consciously," explains Gray, "which led to a lot of thought about how many artists think that some songs are already there in the room when they write them down; that they were just open to hearing them, and were in the right place at the right time. I do believe that some songs are similar to living organisms that we create, share with the world, and then they live longer than us, being with people in moments and places we could never. They can end up moving things around inside of people’s minds that nothing else could, giving them a completely different perspective on a situation.”

A certain continuity ran throughout the album’s development, though “alienlover” proved distinct in its sense of existing independently in a completed state, almost waiting to be discovered. “I think that the feeling of certain melodies and ideas coming to me out of nowhere happens a lot, especially with this record,” Gracie explains. “But with "alienlover" it was different because I didn't feel like I had a choice with what I was going to be writing, it just felt like it was already finished when I heard it in my dream. There wasn't really any room for editing, and none of my other ideas felt right. Whereas with other songs, I feel like I can play with it a lot more.”

Gracie Gray follows up her debut with a record that speaks from a fresh vantage point, anna issuing from a position of less solitude than the former, despite retaining its DIY edge. “They were pretty similar in the sense that I made both of the records in my bedroom. But with Oregon In A Day it feels different to me because I was going through a breakup at the time, and I had very little perspective on the situation. I didn't want to include anyone in the recording process. Whereas with anna, I felt like I had a handle on how to record and get the sounds I wanted. This allowed a lot of room in my creativity to include someone and make that sonic shift happen. That person ended up being one of my housemates, Mike DeLuccia. He brought a lot of fun into the process that I didn't have before, which definitely changed the sound and feeling of this record.”

“alienlover” and anna on a broader level marks a tonal juncture in Gracie’s journey, eschewing the sombreness of her feted 2019 debut - a life affirming cognisance taking precedence in its place. “The statements do feel different to me. Oregon In A Day feels a little bit heavy in comparison. With anna I really had the space in my heart for a bigger perspective on life. Like at the end of "anna" and "happiness" there is a sense of peace and resolve I didn't have before. I just felt thankful to be alive and wanted to include that in the songs.”

The video to “alienlover” conveys a sense of self-acceptance in retreating into a private world, while the routine hustle and bustle of the everyday persists in its daily triviality. “This is a very tongue-in-cheek video playing off the song’s title and a very literal take of plans going awry. Even as the world is falling apart, it’s fine to take a quick break from reacting to the surrounding chaos.”

"alienlover" is out now and anna will release 4 February via Hand In Hive. Find Gracie Gray on Instagram.