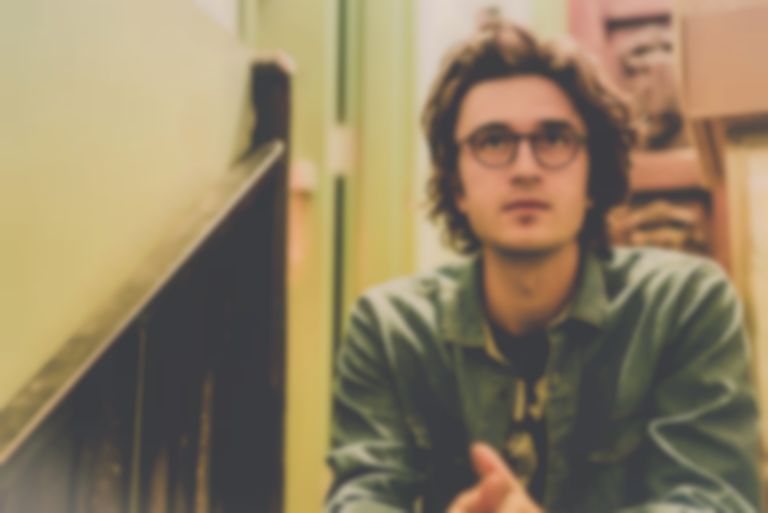 Photo by Anthony Mulcahy
Song Of The Day

Gold Connections is songwriter and guitarist Will Marsh of Charlottesville, Virginia. Culled from a 2014 DIY rock recording from Marsh’s days as a undergrad student at the College of William & Mary, “Faith In Anyone” is one of five tracks to feature on a self-titled EP slated for release on 31 March via Fat Possum Records.

“Faith In Anyone” fuses contemplative, stream-of-conscious lyricism with collosal swells of guitar. The song's steady ascension captures both a sense of longing and lethargy, with repeated lyrics “I know, I know we will never grow old / I could never lose faith in anyone” becoming a mantra of numbed surrender to a seemingly static, endless present.

The cut features production, engineering, and mixing by Will Toledo of Car Seat Headrest. Although Toledo is not a current member of Gold Connections, he contributed electric guitar, drums, bass, and backing vocals throughout the 2014 recording process.

Gold Connections will play several U.S. tour dates in support of Philadelphia-based band The Districts before making their SXSW debut in Austin, Texas. Find out more on Facebook.