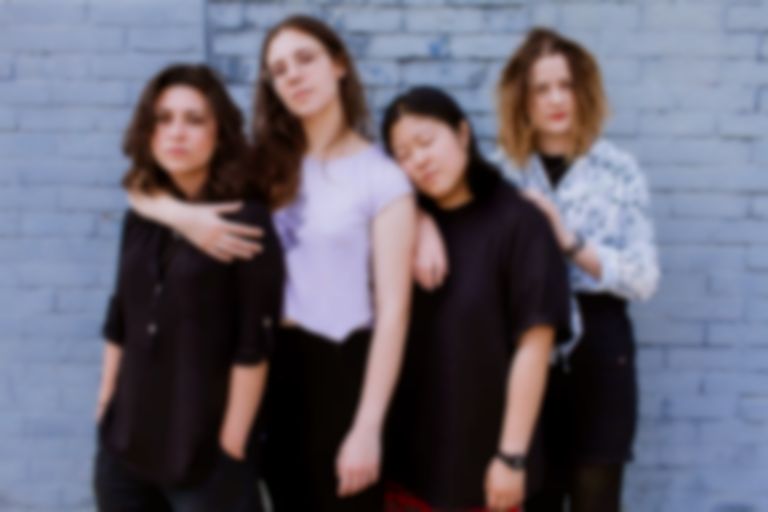 Photo by Louise Tse
Song Of The Day

London-based GHUM wallow in somber tones with their double A-side single "I'm The Storm" and "Undone".

GHUM are a quartet who fuse dark pop with grungy guitars. First single "I'm The Storm" is a rumbling track where the instrumentals act like a sleeping beast; a lullaby in its beauty but still dangerously dark.

Even the vocals enhance the brooding nature. The powerful delivery and is like a snarling bite, enhanced by the haunting echoes that sound like a sacrificial chant.

Speaking about "I'm The Storm", GHUM explain, "In the midst of modern love, the lead track I’m The Storm speaks about the difficulties of being in a relationship and not being able to give what your partner wants. It talks about the silent internal suffering you experience before breaking up with someone, the calm before the storm. And the monster is you. The song sprouted from one of Marina’s old bass lines that was never used. We jammed the bass line out at practice and within minutes, we pretty much already had the bones for the song."

Second track "Undone" finds a less eerie tone, and instead pursues contemplation through it's verses before dropping to a grungy chorus that could be an early Warpaint demo.

Although softer in delivery, "Undone" still projects their dark undertones, splattering ink over the foggy bassline. The vocals still achieve angelic tones, this time leading the melody delicately through a haunted house of growling, grungy guitars to find that one window with a slither of light penetrating through.

"Undone was ironically left unfinished for about two years, before Vicki had joined the band," GHUM explain. "We’d forgotten about it because we never knew where to take the song after the second verse. We showed it to Vicki one day and by the next, we had another verse, bridge and ending. It’s a song about someone that’s dying in your memory, someone who you’ve realised isn’t good for you and you have nothing else to say anymore so they’ve left you undone and incomplete. It’s a serene goodbye after a realisation."

"I'm The Storm" and "Undone" make up the double A-side single coming out from GHUM, which will be available digitally and physically as a limited cassette from 10 August via Everything Sucks Music. Find out more.

GHUM play London's The Shacklewell Arms on 20 July, and return to London's Old Blue Last for their single release party on 17 August. Find out more.