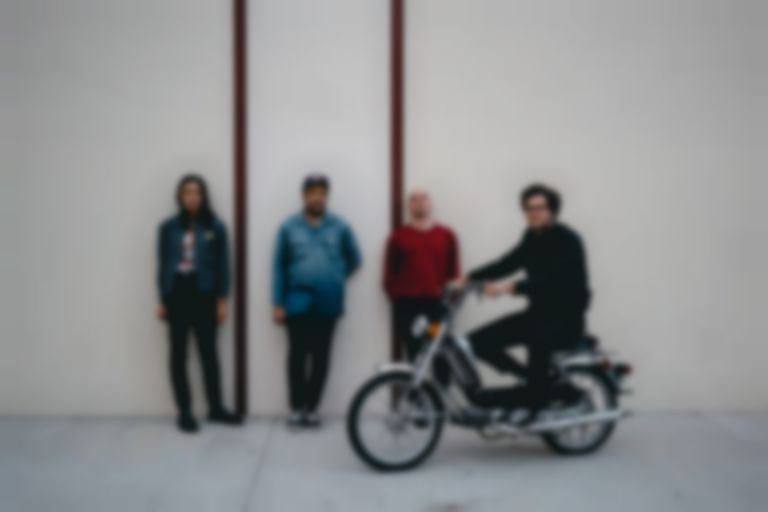 Froth have signed to Wichita - and to celebrate they've announced their third record Outside (briefly) and shared lead single "Contact".

The Los Angeles outfit venture into the unknown on otherworldly new offering "Contact". The single is a heady mixture of krautrock and modern psych and vintage shoegaze. It's packed with twinkling guitars and thick, gloopy layers of melody and bleached vox - while it's pretty dreamy, a propulsive pulse thumps beneath, keeping you on tenterhooks.

Riley Blakeway has directed the surreal new video - it begins strangely, and just gets a bit weirder from there.

"I feel like the video does a good job representing the inspiration of the song through a desperate space-obsessed man,” says singer/guitarist JooJoo Ashworth of the video. “Riley and I work pretty easy together since we've collaborated several times before and have a lot of overlapping taste so making the video was really fun for me.”

Outside (briefly) is out 10 February via Wichita. You can pre-order it now.