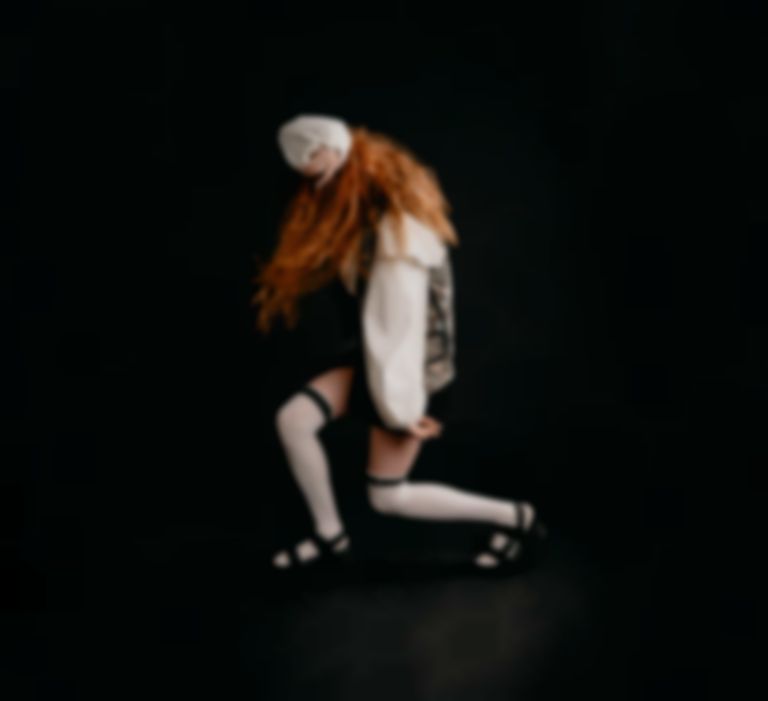 Photo by Clara Ruiz
Song Of The Day

Rising London artpop luminary ELSAS delivers a genre-bending track ahead of the release of her debut EP The Art of The Concrete, due out later this month on untitled (recs).

British-Spanish artist ELSAS' vibrant, clear voice captivates on “You Saved Everyone” - it's a voice that weaves its way across a similarly winding dance beat. The song leaps and bounds, dropping out and down to glitchy synths and springing back up to a vibrant, buoyant and colorful background practically drenched in neon lights.

The song plunges into light and dark moments, and is written from the perspective of a fervent cult member. The lyrical and musical approach came to life after ELSAS saw Holy Hell - a documentary about the American cult Buddhafield. It’s not typical subject matter for an art pop release, but neither is the song itself, in its construction and composition.

There’s more at play with the source of its inspiration, too. “It shows the dark intentions of a leader veiled by an illusory sense of harmony and spirituality. I find it fascinating how humans can fall into these mirages of idolisation, which we all generate towards each other to some degree,” says ELSAS. “This ties in with the trope of the ‘male saviour’, very common in our media.”

The unique inspiration and the fact that the song incorporates the work of both ELSAS and producer Gabriel Gifford, after co-producing and co-writing the track together, results in a track that delivers even more nuance on further listens. That the song was written between both Berlin and Barcelona also makes plenty of sense sonically, as it harnesses the best elements of vibrant dance scenes and pulse-pounding beats found in each city.

But the track’s leaps and bounds are assuredly distinctive and worth dissecting in their own right, in particular the final minute of the song. It turns into a harried fever dream of sorts, calling to mind the perspective of a cult member racing to find answers. The impact is, to say the least, captivating.

“The chorus and title immediately implanted themselves in my mind and all the bits in between came also quite naturally as broad strokes of expression: a conversation between Gabriel’s soundscapes and my harmonies manifesting the narrative voice,” ELSAS said.

The song shifts and jumps between two trains of thought, but for the engaged listener, it’s easy to keep up. Be it through Spanish language compositions or a uniquely danceable track inspired by an American cult, ELSAS has a few more tricks on the way, starting with next week’s EP. "'You Saved Everyone' was a late addition to the EP and is an exception to all the other songs, both sonically and in its process of creation,” said ELSAS.

The new single follows an earlier 2021 release “Weeping Willow”, along with the enchanting Spanish language track “Creadora”. All three will appear on next week’s EP The Art of The Concrete.

“You Saved Everyone” is out now and The Art of The Concrete is out 23 July. Follow ELSAS on Instagram.