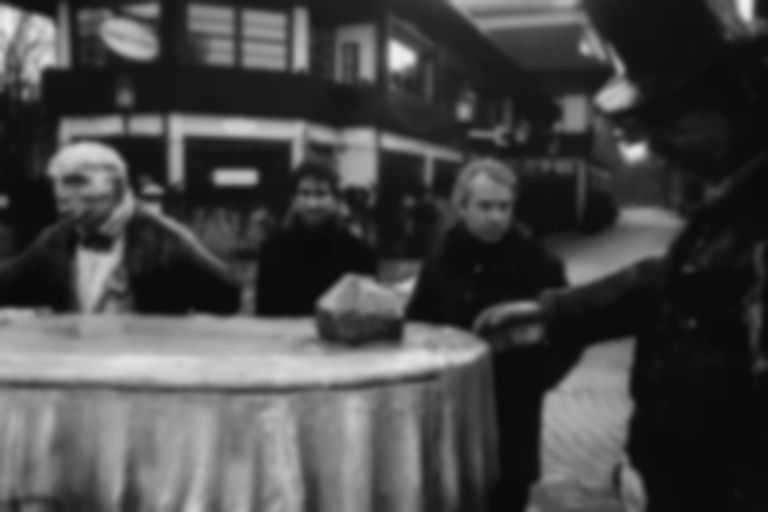 Photo by Erik Haugsby
Song Of The Day

“No Show”, the first track derived from New Orleans-based Budokan Boys’ forthcoming record DAD IS BAD, is an absurd interpretation of R&B – yet where the duo really hit home is the fact that modern love in today’s society is the most absurd thing of all.

Jeff T. Byrd’s industrial, stripped-back synths lay the foundation for what begins as a sullen monologue; already “No Show” is jarring: Michael Jeffrey Lee’s delivery is unexpectedly soulful, as he sings, “Check my phone / See what’s going on / Nothing’s going on”. Budokan Boys inject feeling into a place where there is none; add substance where there is only hollowness.

Lee explains: “‘No Show’ is out first attempt at a love song. I wrote the lyrics while listening to Jeff Byrd’s bare-bones sketch, which struck me as just about the saddest thing I had ever heard. I wanted to make the voice seem familiar at first, then push it toward a more alien and uncomfortable place. But it’s supposed to be kind of funny, too – it’s the most clichés I’ve ever packed into a song.”

Budokan Boys lull you with what sets out as a rather placid track, which dissolves into hysteria as the synth distorts, and Lee’s dry observations unspool into incoherent babble. The transition is subtle, which makes it all the more disturbing when, over shots of provocatively-posed mannequins in shop windows in the music video, Lee is shrieking, “You’re my angel / My baby / Oh, I love you!”

The psychosexual aspects of the music video shot by Byrd and Lee push “No Show” over the edge of comedy and into the abyss of the slightly uncomfortable, and that's precisely what makes Budokan Boys so interesting.

“No Show” is out now via Baba Vanga. Find Budokan Boys on Facebook.