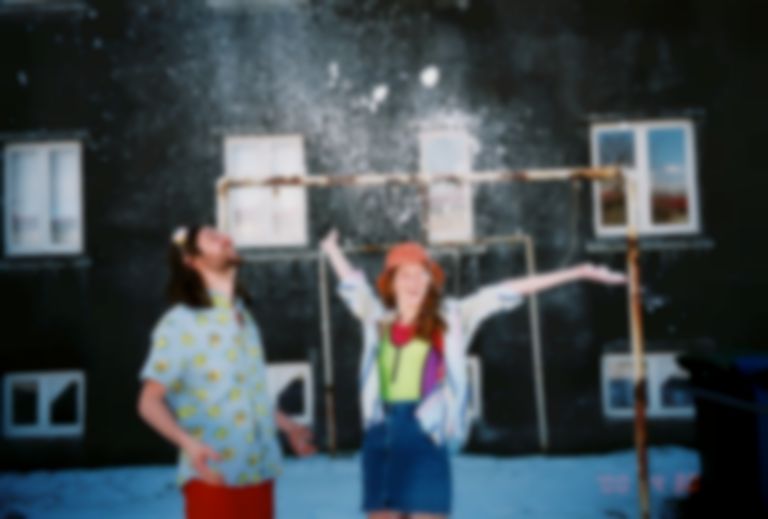 Photo by Maria Carmela Rosa
Song Of The Day

In the build-up to their debut album, Sometimes depressed...but always antifascist, BSÍ’s most recent singles reflect the duality that grounds their upcoming project.

The pure aggression of "Dónakallalagið" introduced the band to 2021 in the most forthright manner, before their image was complicated by the misty nostalgia of "25Lue". The unconventional Icelandic duo showcased their live sets at the recent digital editions of Eurosonic and Iceland Airwaves.

On new single "Vesturbæjar Beach" the group make in-roads to their sunnier side, however. On a track full of optimism and positivity, BSÍ welcome the first day of the Icelandic summer with a reverb-laden garage rock banger. Twangy guitars drift around a rapidly pulsating drumbeat that refuses to relent, while Silla Thorarensen’s dreamy vocals conjure up feelings of youthful summer abandon.

Discussing the track, vocalist and drummer Thorensen explains "originally, [it] wasn’t about anything in particular. But thinking about it; the song was written in summer, recorded in summer, and is now being released on the first day of summer in the Icelandic calendar, and even the music video is about some kind of summer... I guess the song is about summer then?”

Toe-synth maestro and guitarist Julius Pollux Rothlander adds "we shouldn’t forget though that the song is highly influenced by the impressionist jazz style that originated in the southern neighbourhoods of Prague in the 1950s." He also mentions lyrically they were inspired by the love life of Silla's great-great-grand-aunt, Heather who he claims "was the first person to introduce veganism to the Icelandic population."

Taken from their forthcoming LP, which is sonically split into two halves – one part lo-fi and atmospheric, the other full of distorted punk energy, "Vesturbæjar Beach" is a natural stepping-off point for the duo’s frenetic second act. Demonstrating such confidence in their compositional ability, it is little wonder that attention continues to grow around this intriguing and unapologetically independent band.