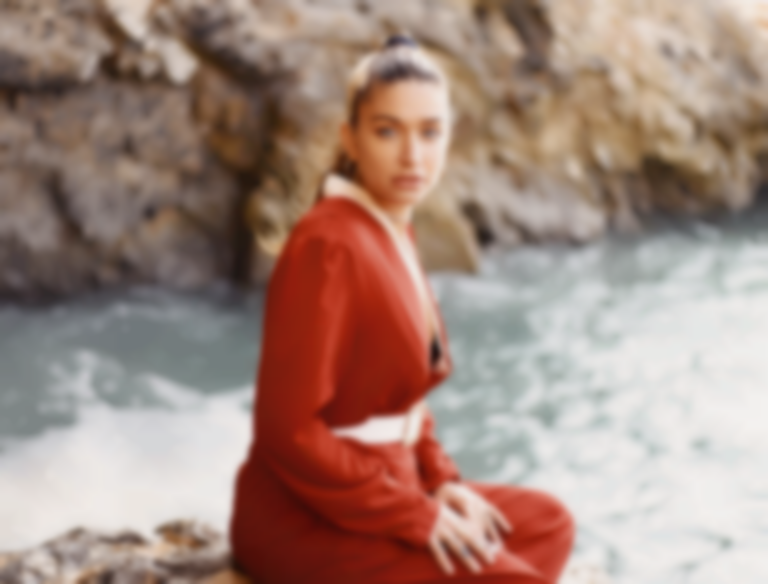 Photo by Scott Fleishman
Song Of The Day

A precursor to their upcoming EP Mixtape #2, Dance-pop multihyphenate BIIANCO, hardened by heartbreak, embraces the unavoidable aftermath in their latest single, “pins and needles”.

Non-binary producer, vocalist, and multi-instrumentalist BIIANCO creates songs that are made for dancing with tears in your eyes. Forward-thinking in their audio-visual style, each release is crafted with a technological flair, centred around themes of heartbreak.

On the dreamy dance-pop track “pins and needles”, BIIANCO sleepwalks through the physical manifestation of post-breakup pain. With a hardened heart, they belt over a trippy, bass breakdown as they sing “It can’t come back to life / Once the darkness settles underneath the light.”

“When I wrote 'pins and needles' I already had the first line in my head: 'I must have fallen asleep on my heart — now I only feel pins and needles' because I had just said that to one of my best friends about how I was feeling,” they comment of the track’s origins.

“'pins and needles’ is a song about the aftermath of heartbreak. The period of excruciating stillness where you feel numb, dumb and stunned. What you often don’t realize during that time, however, is that you’re through the thick of it and it’s only uphill from there.”

“This song was written in two parts — the first without the lyrics: 'And I’m waking up now' — and the second, about six months later when I started to crawl out of that period of stillness and was able to finish the song. That’s when I added the 'and I’m waking up now.' We’re all phoenixes, sometimes we just need a minute to rebuild from our ashes."

The accompanying video is a 360-degree VR-compatible trip to the coast where BIIANCO battles through turbulent waves. Described as an extension to the first video in this series – previous release “WHAT’S IN YOUR HEAD”, featuring like-minded womxn artist Luna Shadows – the singer says they intended to create something “truly immersive”.

“If you go back to WHAT’S IN YOUR HEAD, you’ll see that Luna Shadows hands me a key at the end of it. Well, we picked up the plot from that point and take the key on an epic adventure. Navigating heartbreak and rebuilding from the numb aftermath very often feels like a perilous journey. So, in the video, we find a shipwrecked BIIANCO wake up on a dangerous, rocky seashore with the key and take an adventure to find what it unlocks.”

“Shooting this video was truly one of the most physically gruelling things I’ve ever made — as it required navigating dangerous waves, rocks, freezing water temperatures in a rickety boat and, because we were shooting in 360 degrees, we needed to make sure the entire area around the camera was treated as on-camera set,” BIIANCO explains.

“That meant no cutting and barely any assistance on these long, exhausting takes. At one point, after swimming out to catch a floating away boat in dangerous waters, I sat in the boat and cried. A lot of the emotion you see in this video is very authentic. Making it was both metaphorically and literally a perilous journey."

“pins and needles” is out now, with the new EP Mixtape #2 set for release on 28 October. Find BIIANCO on Instagram.