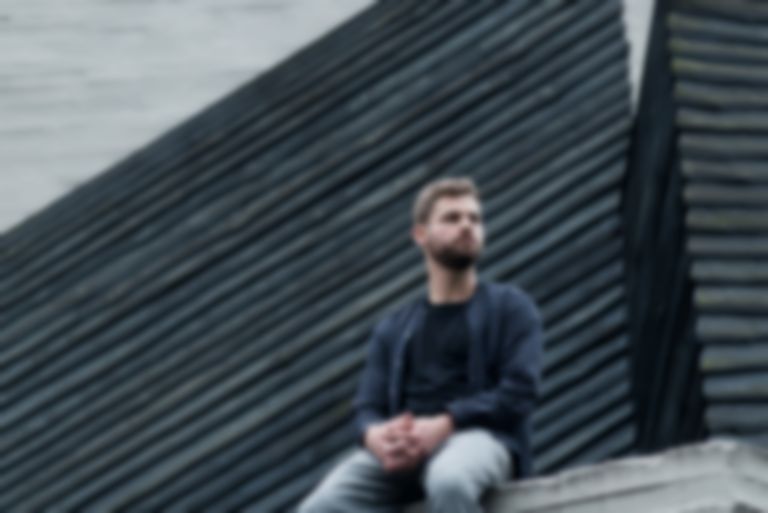 Photo by Pramudiya
Song Of The Day

“How Could You Disappear?” serves as a stunning comeback for Ajimal and a foretaste to his highly anticipated sophomore LP, As It Grows Dark / Light.

A doctor by trade but a songwriter by nature, the sonic landscape of London-based artist Fran O’Hanlon – better known as Ajimal - fits tightly into the realm of electronica-infused, ambient folk. He’s now sharing his first single of the year “How Could You Disappear?,” which serves as a glimpse to his long awaited sophomore record, As It Grows Dark / Light. The dreamily emotive endeavor is insulated in a soundscape of harrowing, lingering melodies and poignant intimacy.

“How Could You Disappear?” is lifted by lush orchestral arrangements, sensitive vocals, and meditative songwriting that makes listeners contemplate their own lane. A classically trained pianist, O’Hanlon’s skill elevates the track to a refined and exquisite state. At face value, the draw may be the elaboratly alluring productions, however beneath the captivating melodic structure is a striking lyricism that moves into you, not through you. The results here are stirring whilst continuing to display AJIMAL’s true artistry, one that is unquestionably pure and genuine.

“I wrote 'How Could You Disappear?' about the way that memories change over time. Increasingly they become memories of memories and they start to change and degrade, like a tape loop does,” AJIMAL shares this of his new single. “The further you get from the event itself, the more that's liable to happen, though you'll probably still be convinced that what you remember is exactly as it happened; we cling to our memories, so it's hard to face up to the idea that they're fickle and faded.

“The song references four personal memories of mine from when I was younger (but I'm not going to ruin it by saying specifically what they were). Musically, it's one of the first songs I wrote that was driven by a drum loop - a suggestion that [my friend] Lucy Rose gave me. I love writing sprawling (somewhat indulgent) piano songs, but this forced me to drive on and condense the idea, which was definitely a good thing! I wanted to give it this sort of fogged clarity and have the piano coming in and out of focus.”