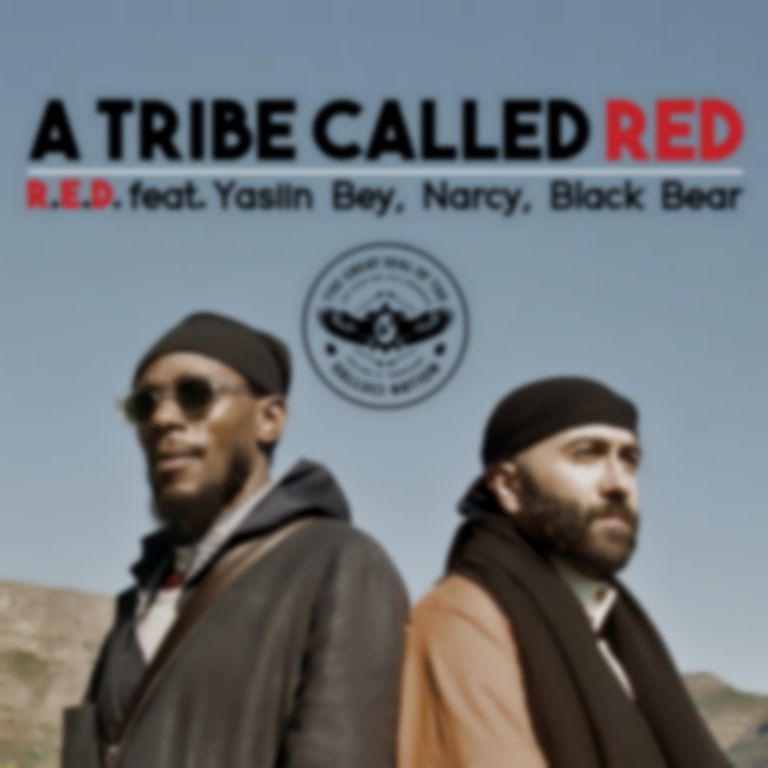 In the mini-documentary The Manawan Sessions, DJ NDN of A Tribe Called Red discusses a Hopi prophecy in which a giant spiderweb unites the First Nations from across Turtle Island.

As Bear Witness observes: “it’s time now for us to come out and finally have the opportunity to depict ourselves, to show ourselves in a way that we want to be seen. There’s this history of indigenous people being portrayed always by the outsider, always looking in. We are here to represent indigenous people in the realest way, that we’ve never had the chance to show ourselves before.”

Through their music, activism, and Electric Pow Wow nights they have created a safe space for all to come together, to share, and to take out the message of the Aboriginal rights movement Idle No More.

A Tribe Called Red's new album We Are The Halluci Nation (released 16 September via Radicalized Records) takes this collective spirit and makes it whole. It begins with the voice of Native American activist, poet and musician John Trudell, who recorded the passages that frame the album specially for the band before his death in 2015. Working with First Nation artists including Tanya Tagaq, Black Bear drummers, Northern Voice and the Chippewa Travellers the Hallucination, A Tribe Called Red also welcomed artists from other indigenous populations that they had met on their travels to create Trudell’s Halluci Nation, a place where those who understand that the status quo isn’t acting in the interests of everyone. As a result the album contains contributions from Sami Joik Singer Maxida Marak and Australian Aboriginal act OKA, as well as allies including Lido Pimienta and Saul Williams.

The latest single from the album builds on the work of the Black Bear drum group of the Manawan Atikamekw Nation with vocal contributions from Yasiin Bey (fka Mos Def) and some fast-raps from Canadian-Iraqi MC Narcy - and some stadium shaking levels of bass. Have a listen below as our Song Of The Day:

Also check out The Manawan Sessions film documenting the creation of A Tribe Called Red and Black Bear’s collaborations:

For more information on A Tribe Called Red visit their website.