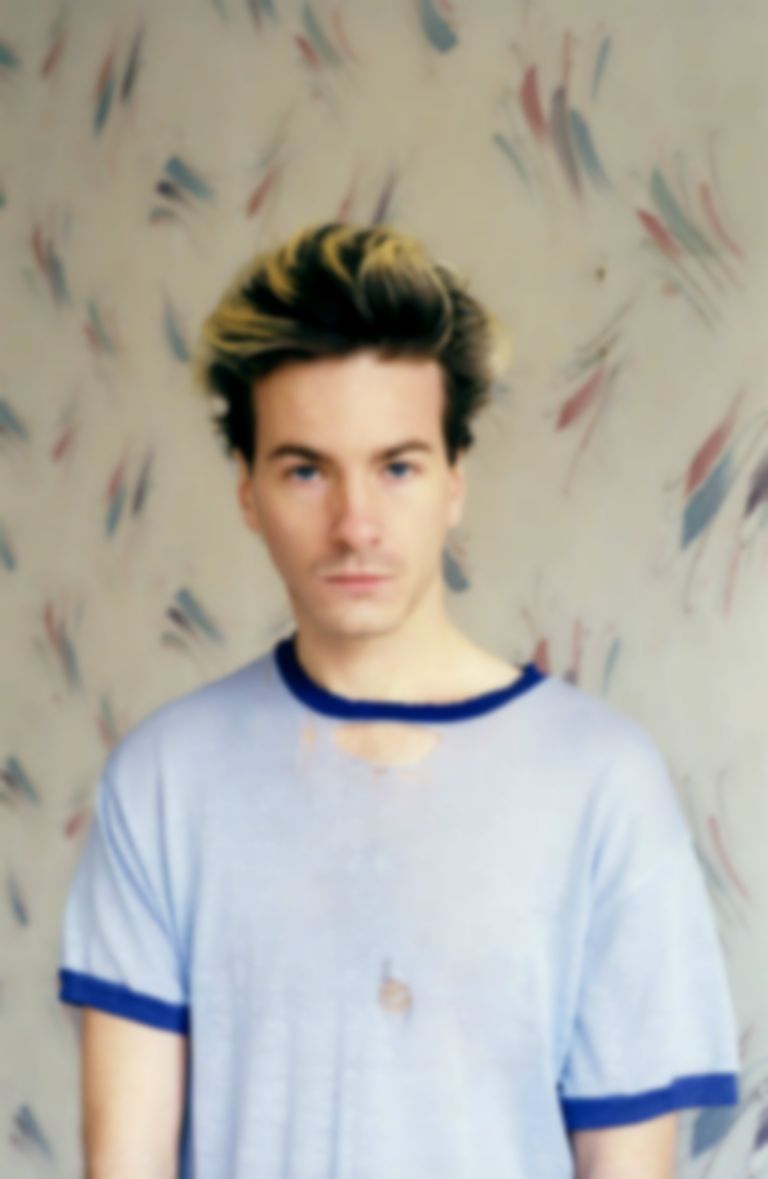 ​Dark, impulsive and gritty aren’t words that you’d always associate with dance music, but then Robert Alfons’ (better known as Trust) Joyland is far from normal.

​His mix of distorted vocals, crashing basslines and 8-bit electronica produce the kind of sound that leave you feeling as if you’ve just stumbled through a scene from Castlevania on acid – not surprising perhaps, given that the album was inspired by old arcade games. A loner at heart, Alfons has sought to push his vocal range and explore deeper into the murky depths since Maya Postepski left the band to refocus her efforts on Austra, and the effort has really paid off. Joyland might not be the heady anthem its title suggests, but that doesn’t stop it from being any less brilliant – if anything, that fact that it’s been produced as a solo project only serves to make the bleakness of the whole thing that much more compelling.

Maya Postepski left Trust shortly after the release of your debut LP, has working on Joyland felt quite different?

I think Maya was more of a collaborator, Trust has always been my thing, it’s my vision, so whilst it was definitely great to work with her I’ve also really enjoyed working on this as a solo project. It’s given me an opportunity to push myself more I spent a long time manipulating my voice to make it more genderless for example. I kept thinking about new ways I could incorporate different elements into my sound.

Do you prefer working alone, or do you enjoy having people you can bounce ideas off of?

Both have their ups and downs. I definitely have strong ideas about where this is going, and what kind of music I want to produce, so working by myself makes that side of things a lot easier. I still really enjoy collaborating with people on other aspects though, the videos especially.

Quite a lot of your output – the videos, the imagery, the sound – can feel quite dark, warped even, yet you’ve titled the album Joyland. Is there a conscious disconnect between the two?

I wanted to play into this idea of a euphoric arcade, old video games and consoles, so I suppose I wasn’t being that literal about the ‘joy’ aspect of it. Video games are a big inspiration for this project, I drew ideas from a lot of different places, but the kind of stuff I used to play when I was younger – Zelda, early the Metal Gear Solid sagas – have certainly gone a long way to shaping this album. They were so immersive, the music, the visuals, everything about them was so exciting. I guess that’s what I was trying to capture in the album. Sound really builds a sense of atmosphere for each of those games.

Dance often tends to have a more upbeat feel to it, do you think this is a re-appropriation of dance music to some extent? Using it to explore more sombre themes?

It’s definitely not party music that’s for sure. I’m somewhat of a loner so I think that comes into play when you listen to the tracks on this album. It doesn’t come from a party place, it’s much more internal than that. I tend to think about it as an eruption of guts, eels and joy – the sound I was trying to put across was very introspective so it’s almost music about that process of externalising those lonely feelings. It can be quite a struggle to get these ideas out sometimes so this is an album which represents that act of expression. The album soars a bit more than the first record, and I think that’s a result of it tapping into deeper emotions.

If it’s quite an internal sound, what are your live performances like? Do you find it easy to establish a connection with the audience?

I definitely draw a lot of energy from the live shows. People come and you can see them getting really lost in the music, they start dancing and I draw fuel from that. Having said that I think it still has a very stoic element to them as well. It’s an interesting balance between the two. The lighting and the aesthetic are a really important part of my performances. It’s something that I’m excited to see change and develop as I grow as a musician.

Do you feel part of some kind of musical community?

It’s hard to see people whilst I’m on tour, but I always have a look to see who else is around. In April The Knife will be in the States so I’d love to try and hook up with them or catch one of their shows, I hear they’re taking a new direction with their live gigs so it would be great to see them. Com Truise is another one I’d like to see as well. Mozart’s Sister are touring with us through North America which is great as I’m really excited about their music.

Some songs can take months to make and others come a lot faster. For this record in particular I started with drums where as in the past I always used to begin with melodies and keyboard pieces building things out from there. The lyrics are usually the hardest part for me – they have to be so precise – and it requires you to use a very separate part of the brain. I tend to keep the sound and words distinct, the music just comes by doing, whereas the lyrics I have to focus on and think about consciously.

Joyland is out now on Arts & Crafts. Trust tour the UK and Europe this May + June - dates can be found here.