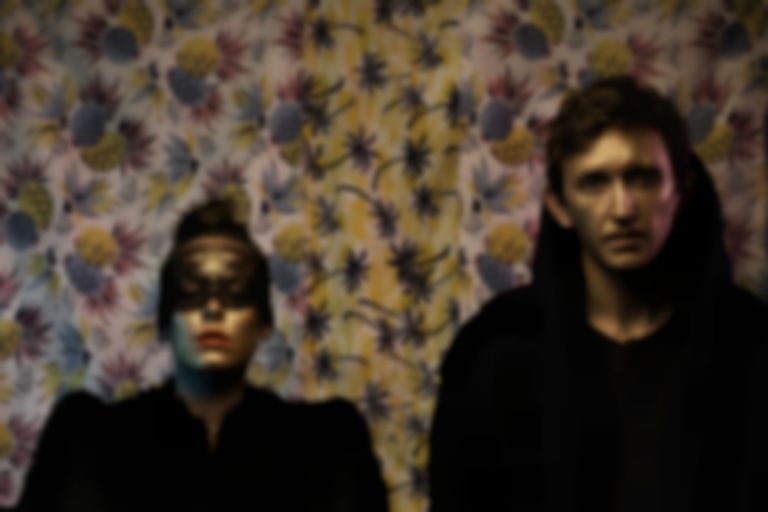 A fortuitous happenstance, a chance meeting that brings about something beautiful – exactly the kind of moment that spawned Sylvan Esso which brings together Megafaun’s Nick Sanborn and Mountain Man’s Amelia Meath. Characterised by criss-crossed harmonies, colour drenched electronica and weighty drum beats, the duo’s productions perfectly capture the grey-space that exists between genres.

Ahead of their Lexington gig we sat down with Nick to talk about how voice memos and phone recordings blossomed into a full blown album, the challenges facing female artists in today’s music industry and what we can expect from their upcoming live performances.

You’ve both worked on highly successful projects in their own right, what prompted the two of you to start working together?

I did a remix of a then-unreleased song Amelia had written for Mountain Man, after opening for them in what can only be described as one of the most ill-fitting, yet serendipitous concert bookings ever. The remix went really well and the next time we were in the same city we met up and realized we both had been stuck on the idea of continuing to work together. That initial remix became the first of our songs, “Play It Right”, and almost immediately she started sending me voice memos of ideas for hooks that she recorded from the road onto her phone. We worked over email for a few months and eventually the project got more and more serious as our other main projects went on break, and now here we are in the same city, living a block apart and working on it constantly.

Who are you listening to at the moment?

It feels like your sound nods to Feist – with powerful female vocals and intricate backing synths – do you think that’s a fair comparison?

I used to play in this band Headlights and one of the singers, Erin Fein (who now has an amazing solo project you should listen to immediately called Psychic Twin) was, as you may have guessed, female. At first we used to get the comment (from blogs, magazines, kids coming up to us at shows) “You guys sound just like Bjork!” and what I’d say was ‘Aw, thanks!’ but what I’d think was ‘Really?’ I mean sure, Erin has a breathy voice, but she’s also Jewish, from Illinois, and we’re a rock band.” Then the you-guys-sound-like comment moved on to other female singers: “You guys sound like St. Vincent!” “You guys sound like Stars!” and, of course, “You guys sound like Feist!”

It feels like almost every female solo artist or band with a female singer tends to get these comparisons to other women because female musicians tend to be lazily defined by their female-ness, not the content of their music.

Do you think this is quite a widespread problem in the music industry then?

It’s tricky. Obviously I can only speak from my experience having worked with women but yes, it’s definitely something that I’ve seen time and time again. It just gets swept under the rug. To give an example, we just got back from SXSW and the number of times Amelia was asked “Is this your first time at SXSW?” and yet nobody asked me. It just seems odd. It’s this assumed ignorance that people have when they think about women. I’m thought to have all this nerdy techy knowledge because I’m a man, and yet when it comes to the women I’ve worked with, people just act like they know nothing about it. It’s the same with sound checks – half the time, whilst I was with Headlights, people would feel the need to laboriously explain the PA system to the women but not to the men.

Do you think of yourself as a feminist?

If the definition of feminism is that all genders and all people are created equally then absolutely.

Why do you think a lot of men are often reluctant to label themselves feminists?

I think men get too concerned with being emasculated. Feminism has a tough time in branding itself and conservative groups have really damaged things by turning it into something people perceive as emasculating.

Do you think it’s an issue you’ll be looking to address in your music?

I don’t know. What I’m drawn to most about Amelia’s writing is the way she writes about being a human in a world that’s shades of grey and not just black and white. She writes very specifically about situations that aren’t simple. It’s not feminist anthems as such, but she’ll definitely continue to write about the experience of being a woman (or rather a human) in the world.

What do you think about artists who have modelled themselves as feminist icons?

I think that’s great! If we live in a world where the biggest pop stars in the world think it’s a good idea to position themselves as feminist icons I think that’s a fantastic position for us to be in. The fact that Beyoncé sampled an Adichie Ted Talk – I mean, that’s crazy! That’s a cool thing that happened for people who are interested in equality.

What’s the story behind your name?

It’s inspired by a tiny creature called a Sylvan Sprite in the video game Swords & Sworcery. If you haven’t played it I highly recommend it.

“Coffee” feels a lot more mellow than “Hey Mami” – was it a conscious decision to try something a little different or do you see this track as an evolution of your earlier productions?

We try not to make any pre-emptive stylistic decisions before writing so that we can just react to what each song seems to want instead of writing into a style. It did seem like the logical next thing to play for people though, since it (hopefully) shows we aren’t just doing one thing.

Do you have any traditional training or are you self-taught?

I went to composition school for 2 years in Milwaukee then dropped out to be in a rock band, which is a fantastic and stable career choice. All of my “laptop experience” has come from my friends though. I’m lucky to have grown up with people who have amazing brains. We’ve slowly all learned together just by naively going for it.

Where do you look for inspiration?

I think it’s tough to try and orchestrate a truly inspiring experience. The only way for me to stay inspired is to really try to pay attention to the fact that I’m alive, which is way harder than it should be and also fantastic.

Having seen “Play it Right” live, I remember the whole thing was drenched in colour and light – what kind of atmosphere do you want to create through live performance?

We just want it be as much fun for the audience as it is for us. I think when we go to shows we’re really just waiting for someone to give us permission to actually have a good time and not worry about looking cool. Amelia and I just hope to give everyone that permission as obviously and immediately as possible.

Sylvan Esso play the Lexington tonight, in support of Wye Oak. The single, Coffee/Dress is out on March 24, and their self-titled debut is released 12 May on Partisan Records. Pre-order it on iTunes now by heading here.