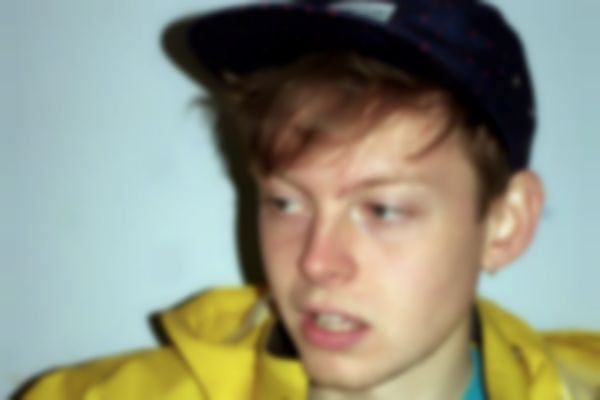 From his chilled out wardrobe of t-shirts, backwards caps and shorts (on a warm day) to his laid back demeanour, Niall Galvin, better known as Only Real, could be mistaken for any other kid who just hangs with his friends at the skate park.

However there is more to this 21-year-old West Londoner. Influenced by a plethora of musical styles, Only Real takes all he’s heard, learned and experienced to make music that’s fuzzy yet fluid. His debut single, ‘Backseat Kissers’, which is out now on ASL, is a retro and lo-fi melodic journey that will leave you without a care in the world. Only Real chats with Best Fit about his unlikely introduction to music, what kind of music he’d make with Kanye West and why it’s hard to label his music.

Let’s start at the beginning, and talk about when you first fell in love with music.

I don’t know when I first fell in love with it. But there was a time when I was like 7 that I didn’t like listening to music. It used to make me feel so intense, and I couldn’t cope with it. I didn’t understand why people wanted to feel that intense. Now obviously I love that intensity.

My dad always was playing like Neil Young, Van Morrison and Jackson Brown. I like those guys a lot and I like seeing them live because they have like 20 guitars on stage, and there’s just a completely different atmosphere to other shows you go to there – the real guys like the legit guitar guys. My mum got me in to the Beach Boys. Then the hip hop and guitar music I like comes from skateboarding videos I think, and friends sharing things with me.

What’s the story behind the name ‘Only Real’?

My friend just said it to me one day and I immediately loved everything it made me think about. Everything that goes through my head when I think about it is exactly what I think Only Real is about you know.

How do you go about your songwriting?

I work off sparks so something comes to me and I normally can’t help myself but spending ages developing it. Time goes so fast when I’m doing that, like days and nights just whiz by it’s quite disconcerting. But it’s also where I feel most useful and absorbed, other than that I have a bit of a propensity to float and not focus on things.

What’s the song ‘Backseat Kissers’ about?

It’s about embracing the days. Not sitting back and watching them go by but immersing yourself in the current and the real exhilaration you get when you do that. It’s about youth and it’s about fun.

What’s the inspiration for the video for ‘Backseat Kissers’?

It’s a chance for people to get to know what me and the people I’m closest to are about, what we do and what were like. Only Real, to me, is more than the music it’s everything I am, So I want people to understand what that is and hope they feel it and can relate.

Some have thrown your music into different categories including rap music, but you don’t take the “traditional” approach to rap. What drew you to taking this approach?

Well I don’t think my music is rap music. It has obviously got an element of that, but it’s got so many other elements that have all been mixed in my mind over the years. So I hope it’s just music coming out a mind that has been developed by everything in my life, not just music but experiences and emotions as well. That seems like a pretty honest way to make art.

Has your London upbringing influenced your music? How?

Of course, it’s unavoidable because it’s where I have grown up and where my mind has experienced everything so it’s shaped me in that way. I might be too involved in it to really spot it as much as other people, but I think I’m clearly from London and I’m proud of that. I love London and there are still so many things I discover that I love about the city.

What are you listening to now? Any guilty pleasures?

I have been listening to the Yuck album this morning. I love Yuck so much actually. Yesterday I was listening to Earth, Wind and Fire, Shalamar, The Whispers - all that nice disco vibes.

If you could work with anyone on a song, who would it be and what do you think that song would sound like?

Grimes or Kanye West. Both would sound WAVEY.

So who is ‘Cadillac Girl’?

Well, without getting too specific… It’s just that girl you know? The one where the whole situation/relationship is fucked and tricky but super sexy nonetheless.

If you weren’t doing music, what do you think you’d be doing?

I’d be so sick at Tekken 3, but I expect I would also be really disillusioned and unfulfilled. I wouldn’t really be me in any recognisable way.

Loads of music in various packages coming and videos, too. I have loads to do before I feel I’m in a position to release the album I intend to release. I want people to know what I’m about more so yeah, just work really hard to make that happen. And I hope i’m lucky enough that it does.