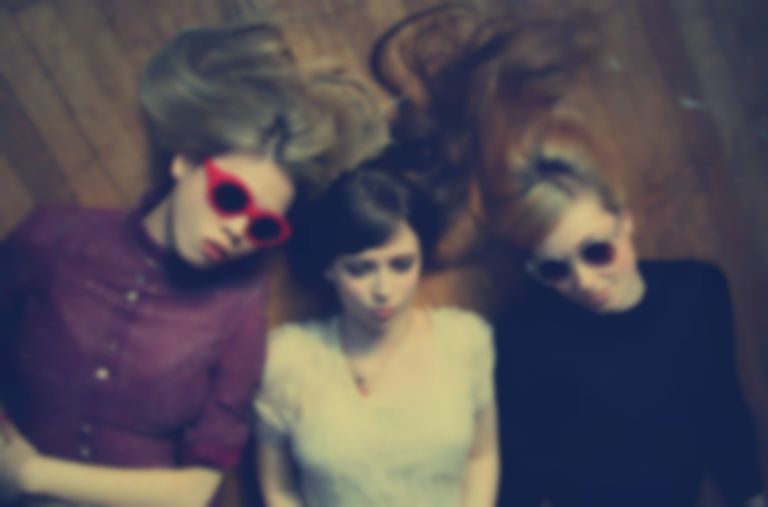 There’s a reason why music isn’t just about the music itself. As any audiophile will tell you, it’s an attitude – it’s a bloody way of life, if you’re that heavily embroiled in the music scene. The emo and scene kids of yesteryear, the punks and rap kids of decades passed – they all had one thing in common though their tribal divisions may want to deny this. They listened to music, ingested it and made it something for themselves.

So even before you click play on a Novella track, look at the track titles: ‘Eat Yourself’, ‘You’re Not That Cool’, ‘Don’t Believe Ayn Rand’. It’s apparent even without listening that there’s a good chance that this band are doing more than just arbitrarily playing music. They’ve set out to embody the spirit of music, the punk attitude; the true use of music as a mode of self-expression.

Naturally such song titles act to tease music lovers into listening to the songs. So at the core of Novella – which is the passion for music – you get a real sense that they are releasing something into the world: at the strike of a chord or sing of a note. It’s an urgency that only good, ol’ fashioned rock music can encapsulate. With all this talk of senses and ideas, we catch up with London’s Novella to see if our instincts are correct.

What’s your music career history like? Were you apart of other bands before you formed Novella (I read you have some links to the wonderful Echo Lake?)

Hollie: Yeah, Suki and I were in a band with Linda from Echo Lake when we lived in Brighton called Houdini Kill Sale, but we were all too scared to sing so it didn’t really go anywhere…

When was Novella finally formed then, and how did that come about?

Hollie: It was about two years ago. Suki and I were listening to similar bands and we decided to try to make music again. Suki knew Sophy from Brighton and asked her to join too.

I love the name of the band! It sounds subtly theatrical… how did you decide on the name?

Sophy: Subtly theatrical, eh? Well thanks. It was actually really boring. I think I just wrote down a bunch of ideas on a sheet of paper and we chose that one. I’d been reading a lot of short stories and had been trying out names of chapters, then the word Novella popped in to my head. I liked the way it sounded sort of generically feminine and also a bit like a kind of medication.

Who were your main musical influences growing up (guilty pleasures are very much encouraged!)

Hollie: I have many guilty pleasures but none I would say have been particularly influential… growing up I was mainly influenced by my parents music taste, 70s rock bands like Led Zeppelin and Cream.

Sophy: Two mainstays that I’ve always listened to since I started buying music are the Velvet Underground and Pixies. Not exactly guilty pleasures. It’s pretty lame that I got in to Pixies because I bought the Kurt Cobain journals and found out they were one of his favourite bands though. I got into a lot of stuff that way, like Mudhoney and the Vaselines.

Suki: Growing up listening to Teresa Teng (My parents’ favourite), the Velvets, the Beatles and soundtracks from Raymond Scott.

A maximum of 9 between you, which musicians would you invite to your last supper?

When you make Novella music, what vision do you have in mind or do the sounds just come about organically?

Hollie: I guess it’s quite organic… the writing process can begin with any of the three of us which means that it’s quite different each time, which makes it more interesting I think.

It sounds as though you kind of just ‘jam’ and see what fits well… is this a fair assessment, or is there more tinkering and tailoring that goes into making the music?

Your self titled EP was released this year. How long did it take to craft and choose which songs would appear on it?

Sophy: it wasn’t rushed exactly but we didn’t spend a massive amount of time getting it together. I’m happy with it still and I think it reflects where we were at at the time but I think we want to start working a bit slower and keeping songs back for a possible album. I think the whole EP only took a couple of months to write and record. It just took about 3 test presses and several hernias to get it pressed and out there!

My favourite song is ‘Don’t Believe Ayn Rand’. Not just because the song is great but because I find the Randian philosophy questionable myself! Tell us – why shouldn’t we believe Ayn Rand?

Hollie: That song was written directed at one particular person… people can believe in Ayn Rand if they want but my personal opinion is that they’d be wrong! I think she’s been scarily influential in recent far-right American politics, but in an incredibly selective way. She’s often misrepresented, so I guess the song also means don’t believe everything people say about Ayn Rand.

Do you think being an all girl rock three piece matters in music in this day ‘n’ age or do you do think the sex element doesn’t really matter seeing as the popularity of indie rock seems to have declined in some circles in spite of gender?

Hollie: I think it depends what you mean by ‘matters’… I think that there are a growing number of women playing instruments and playing in bands – we know a ton, so I think it’s becoming less of a ‘thing’. On the other hand, we often get asked questions in interviews relating to our gender, or compared to bands we sound nothing like because we share the same gender, so it’s clearly still something people want to pass comment on.

Sophy: Two words; “soaring harmonies”. I would really like to know what it is about the female presence that makes people hear multiple voices.

Sophy: when you see at least one person who is having a really great time.

Suki: Absolutely love playing live when you see people are into our music, it is just the best thing ever. Can’t wait to play our next few shows!

What does the future look like for Novella? Tour, Album etc

Hollie: Hopefully we’ll be writing and recording an album next year.

Suki: Cat With A Comfortable Hat