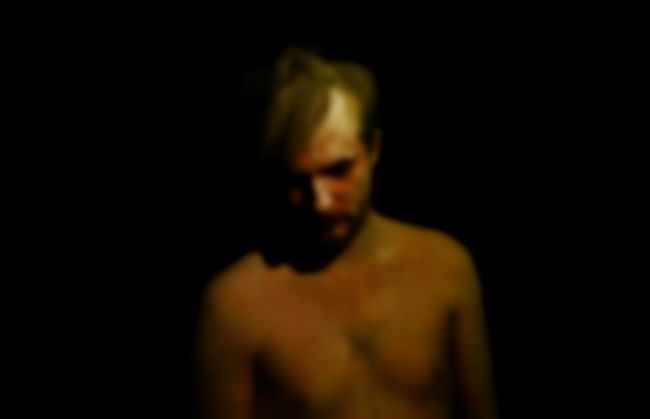 “I am here to create something unique and interesting. If people like it then great, if they don’t then fuck them,” Phill Young, the man behind Moses Gold, wants to get a reaction. “I’ve got a lot to say about a lot of things – whether it all makes sense is another matter.”

In the hour Best Fit spends with him, Young makes a whole heap of sense. We’ve met to talk about Moses Gold, a project that seeks to smash through the constraints of electronic music. Initial tracks ‘Luvsick’ and Power And Blood’ both showcase Young’s emotionally raw vocal set to surging, writhing beats. And Young is nothing but brave – the former Christian AIDS frontman talks openly about the “breakdown” that catalysed his departure from the band and his 15-year battle against depression.

When Best Fit catches up with Young he’s sporting a newly-shorn Mohican; “I did it because it was cathartic,” he says by way of explanation, “it is important to play about with how you look and push boundaries.” A hugely engaging character, Young is brutally forthright on any number of subjects. He explains how depression can make a person “go from one day hating yourself to the next moment thinking you are special,” before revealing that Moses Gold means ‘Prophet of Greed’ and that he sees himself as a prophet. At times, it is a challenge to keep up with the man’s explosion of ideas.

Young is also a fan of the crop of new Manchester bands (“Money inspire me, PINS inspire me, Patterns inspire me and I could go on and on and on”) but also feels that the scene is “missing someone who has a little danger about them.” Moses Gold could well fit the bill – Young’s desire to offer up his heart and soul in the name of art is brave, thrilling and laced with peril.

Before we talk about Moses Gold, tell me about your previous band, Christian AIDS.

As far as I’m concerned, Christian AIDS were the most exciting band to come out of Manchester for the last ten years. I’m not being arrogant in saying that – we were dangerous and different and basically got chewed up and spat out by the industry. We got a management team and all the rest of what comes with getting a bit of hype and they made us bland.

I believe you had some legal issues as well.

Yes, we got sued. The name Christian AIDS caused offence to a few people, the Christian Aid charity being one and they issued us with a writ that stopped us releasing any music under that name. We took the decision to change the name and after that it almost felt like a new project.

You must have known the name would get a reaction?

It was an attention-seeking name, for sure, but some of the things we did were completely different to other bands. We’d have five people on stage at our live shows just standing and staring at the audience. We had an interview with Huw Stephens at the BBC where we got a balloonist to do the interview. That’s incredibly daring – you get your one opportunity to have an interview on Radio One and you send a balloonist. To be fair to her, she made a great Elvis Presley shaped out of a balloon.

Why did you leave the band?

We played at a festival and I gave a very erratic performance. I was called “a howling c*nt” in one review. I actually had a bit of a breakdown on stage. It is a bit weird to talk about it but I was going through a pretty tough time at that point. It was only right they asked me to go. But, it was a fantastic year, full of amazing experiences. Matt , who was the producer and wrote the music, is ridiculously talented and I hope Stay+, as it is now known, works out for him. He has been a very good friend to me for many, many years.

That must have been an incredibly difficult time for you. What was your reason for starting the Moses Gold project?

I took a few months out and I have not performed for ten months. I needed to create something new and something that represented me better and this is it – Moses Gold. Moses was a prophet and that’s how I see myself – without wanting to sound egotistical. This is something extremely different and extremely brave and I hope people respond to it.

Why will Moses Gold represent you better?

I am going to sing from the heart this time. My lyrics are going to be more important to the project. I think dance music, in general, has got used to sampling and using pretty conventional beats. This is going to be more about me and the things I have been through. I’m going to put my heart and soul onstage. Also, Moses Gold essentially means ‘Prophet of Greed’. I’ve been involved with the music industry for a year and a bit and I see a lot of artists who are purely in it for a career. I don’t want that – I am here to create something unique and interesting. If people like it then great, if they don’t then fuck them – it’s that simple. I want to be a cult figure. Most of my heroes – Daniel Johnston, Ariel Pink, Ian Curtis – all had very firm ideologies and that’s the path I want to follow. 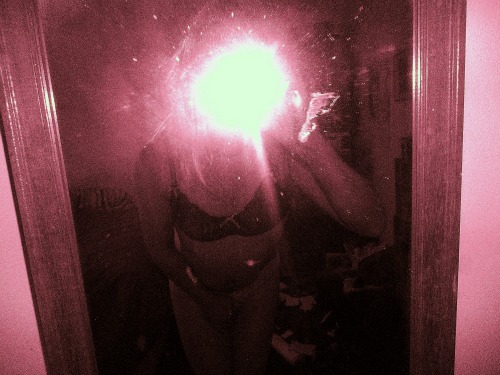 You are due to play your first ever show as Moses Gold. What can we expect from the gig?

I’m not entirely sure how I am going to perform it yet. My first gig is at the end of the month and we haven’t even rehearsed yet. We are going to do it very raw, I think. What I did with Christian AIDS and Stay + was very orchestrated and we came up with some interesting ideas, but this is going to be very much more of a punk thing. I’ve been known to climb over equipment and go into the crowd. I want to provoke people. All too often when I go to watch electronic artists it is pretty fucking dull. You are just hearing what they have created at home. I don’t want to be a bedroom artist. I want a reaction – to be loved or hated with no in between. Every show I do will be different – I may perform one day in a dress or completely painted in gold.

Why play in a dress?

Well, one thing that interests me is gender – identity and sexuality. All the people that have ever inspired me – from Bowie as a child to Ariel Pink now – have always dealt with gender identity and I want to do the same thing. I want people to know that you are not defined by your sexual organ.

I believe you are particularly proud of a new song, ‘Power And Blood’. Why is that?

It is important to sing about something I know about and other people may relate to. ‘Power And Blood’ is a song about my depression. It’s very strange to talk to someone about my depression because I have had it for fifteen years and it is something that doesn’t get talked about enough, especially with men. My depression has become an overpowering part of my life. I can come out tonight and sound confident and be sociable but on another night, a really good friend may ring me and I’d ignore the call. There are some days when I cannot even get out of bed and other days where I do utterly ridiculous things, especially after a few drinks.

Have you ever sought professional help?

I’ve been to a doctor on a couple of occasions and the only thing I was offered was medication. That really put me off going back to get help. The help I have had has been from friends that I have felt able to talk to. But, really, I have dealt with it on my own for many years. The weird thing with depression is that you can go from one day hating yourself to the next moment thinking you are special. I think I’m special and if I was in the NME I could inspire a lot of people. I have ideas and that has got be valued in today’s music world. There are too many people creating things that are bland.

Is that the motivation behind Moses Gold?

Yes. It sounds a bit of a cliché but it would be nice if people listened to my music and could actually hear something in it that they can relate to and respond to. Not enough singers do that – there are a lot of bollocks songs that mean nothing. This stuff is going to mean something.