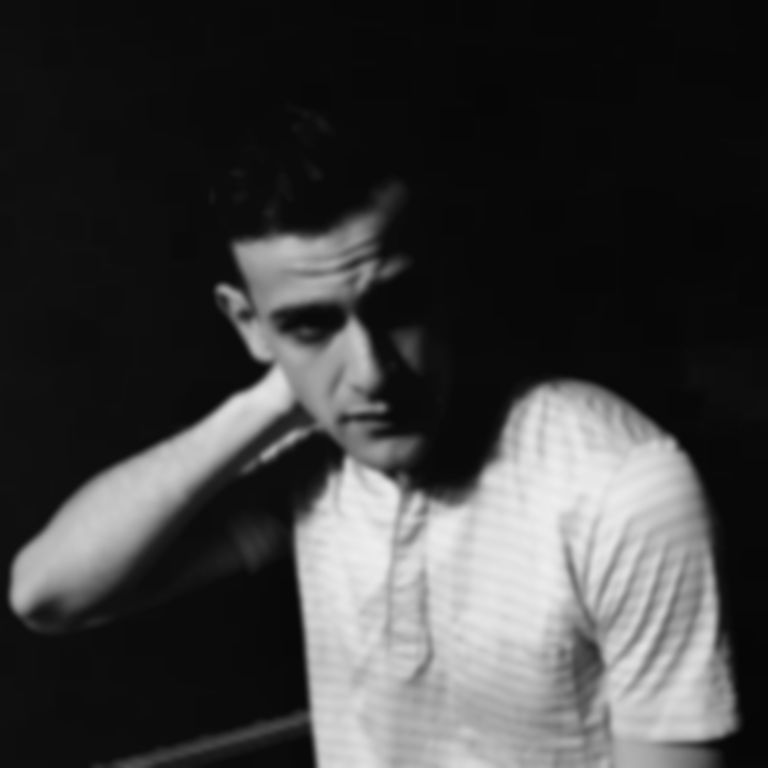 At the beginning of the year a track emerged online that whipped-up a gentle, but nonetheless concentrated, buzz. In a world where pop (that tricky word) seems to be dominated by talented, soulful female songwriters, Josef Salvat is quietly flying the flag for the boys.

Offering-up intelligent, thought-provoking ballads with added punch through warm layers of sound and a voice that packs both power and poise, ‘This Life’ announced the Australian-born Londoner onto the scene, but the track stood alone and relatively little appeared about the man behind the music.

With great interest comes great expectation though, and following this first track, on top of the weight of the male pop saviour tag, couldn’t be simple, but a second song has followed and emphatically justified this buzz – Josef Salvat deserves our attention.

So we heard you’re busy recording?

Busy doing more tracks, for what specifically, I’m not sure. I mean I have a lot of songs – I write them, and then demo them, and it’s about turning those demos into something that’s listenable for everybody else. What shape that’s going to take? I’m not sure. Whether it’s an album or an EP – I don’t know.

How do you go about the songwriting process?

Do you still play that song?

The first song I wrote was actually pretty good! But there was a lot of shit that came after that. I don’t necessarily play stuff from when I was a teen, but I do mine it occasionally for musical ideas, not lyrical ideas, but musical ideas for sure.

‘Hustler’ was written in 2009, so it was a while ago, whereas ‘This Life’ was written last year. ‘Hustler’ is a song that is essentially relevant to me, I don’t feel dishonest reproducing it now as opposed to four years ago – I’m comfortable with it.

It does feel very honest – how did it come about? What more you can say about it?

I guess essentially it was an exploration. Everybody has their self-destructive elements, so I guess I was struggling from that a bit at the time. It was written very quickly, in like 20 minutes, whereas ‘This Life’ was more of a construction, which is funny because I think they sound the opposite.

How has it felt getting all that attention over the Internet? How do you feel about the way the industry works now from your point of view?

Obviously it’s really exciting; it’s great to get some recognition and validation and to go, “Okay I can do this”, but at the same time I do think, it’s a shame.

It’s not gonna change the way I write, or how I think about it, and at the end of the day it’s like as quickly as it’s whipped up it can die, so I’m under no illusions about that; you’re only as good as your next song.

I just think it’s a shame because I think people don’t really get time to develop themselves properly. It seems like you can put one good song out there and then everybody thinks it’s all about that. Maybe your next song isn’t as great, then you’re used goods. Whereas I feel back in the day, you had like two or three albums, you had time to make mistakes and fuck around before you were under such scrutiny.

Do you think that puts extra pressure on your songwriting?

I just don’t know if there’s a one-size-fits all approach. We’ve put out two songs and I think whatever comes next will be something more. I think that’s the only way to do it now, unless you’re picked up by a record label when you’re really young and then they develop you. But I don’t know how that works, because that’s not how I did it.

I feel lucky because I was able to develop a style of songwriting outside external influence. I had to answer my own questions. I’ve never done a co-write or that kind of stuff. I am really looking forward to getting to, but it’s meant I’ve had to rely on my own devices, which means I’m confident with what I have to offer. I’m happy about my situation but I don’t know how easy it is to create it – if you have that luxury, the luxury of time, you should definitely take it!

So are you working with anyone else at all at the moment?

Well Rich Cooper produced ‘This Life’, I’m working with him. He’s produced a bunch of other stuff which is in the live set. I haven’t done a co-write because I guess a sound is developing, but I wouldn’t say that I have one specific sound.

The two tracks are quite different – was that a conscious decision?

I don’t think I can help it! Once I get one song done I don’t want to write another the same because then I feel like, oh shit that’s done, i’m fucked! So every song is quite different. I do think ‘This Life’ and ‘Hustler’ are darker and more down-beat, which is a word that’s tossed around a lot.