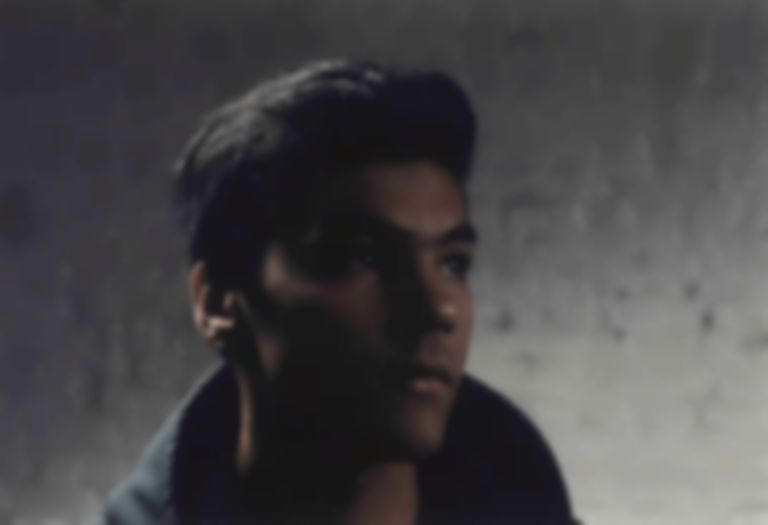 South London teen sensation Jamie Isaac is a massively exciting prospect, especially in the circles where James Blake is king. Isaac hawks a similar kind of neo-soul pop, tinged with post-dubstep electronics and sparse xx-style melodies; however, despite some flagrant similarities with the scene’s signature sound, Isaac is able to carve his own nook to nestle in.

The 19-year-old yoinks morsels from classic jazz and vintage pop. Though it’s atmospheric, piano-led and emotionally-wrought, Isaac prefers a silkier, silver-screen daub as opposed to the esoteric sturm-und-drang and, more recently, hip-hop inspired tableaux. There’s a contented grace within his sounds, a luxury found in singers like Jessica Rabbit; it’s emotive balladry, but there’s confidence. A more apt term might be post-lounge. “She Dried”, revelling in dank-drip ambience and trip-hop beats, is riddled with fragmented piano and elusive, stretched vox. Isaac manages to sound infinitely distant and whispering-in-your-ear close at the same time, and he coos, with a sobbing slur, from multiple locations. It’s like he’s serenading you from inside your skull. It’s got some elements of neo-classicism too, and a handful of key changes sound like they’ve been ripped from the Romantic era. “Mother’s Love Don’t Stretch” is breathy, adorned with raspy beats and Isaac’s burnished accent. Its jazz club keys imbue the clicking rhythms with a sense of class and conjure visions of glamorous femme fatales and debonair Rat Pack-ers. Don’t let anyone tell you Isaac’s not got style. As he’s just dropped his Blue Break EP, we thought it a good idea to have a chat and see what he’s up to. Turns out he’s up to a lot.

Hey Jamie – could you run us through your origin story?

I started making this music seriously back in September 2011. I was still living at home with my parents, I spent a year or so just releasing free demos online. A friend of mine was doing well, he had already released a single and an EP by then. I had the chance to go to a couple sessions with him in a studio; after that, I was meeting people who were taking an interest in my music and were willing to invest their time into helping me release my music on a physical platform, so I have a lot to thank my friends for.

What would you be doing if you weren’t making music? I have no idea what I would be doing if I were not doing music, it’s a scary thought. I’ve always been interested in film-making and script writing, and I’ve written a couple of short screenplays in my time, but nothing worth pursuing yet. Since I was small I have always wanted to become a film composer, so maybe that’s why some of my songs are quite cinematic. I’ve written at least 50 pieces of music for films, replacing their soundtrack with my own. I remember writing a piece to replace John Williams’ soundtrack for one of the Harry Potter films, but I’m not sure why I thought a 12 year-old could out-do a cinematic legend…

Why did you learn the piano, instead of, say, drums or trombone? My grandmother has a piano in her spare room, and it used to fascinate me, especially how she used to read music and play so elegantly. So I asked her to teach me some, and that’s how it started. She only really taught me “Chopsticks” but for me that was enough to get me hooked.

What do you think the instrument’s best qualities are?

It’s the warmest instrument, and at the same time, the harshest, so it’s incredibly versatile. It means you can write about about any subject and portray it really well just through the piano. I have a real love for the instrument.

How do you compose music? Do you have a process?

When I write I will usually just start on my piano, find the piano line and then record that straight in, and manipulate it how I need to, then I add the beat, and lastly the vocals. This is all over a period of maybe a month or two. It takes me a while to write songs, which can be frustrating for the people that work with me but I’m known to be a slight perfectionist.

Did you ever feel like – more so at the beginning of your career – that your age hindered you? Or did it help? Or was it completely inconsequential?

The only way my age has ever hindered me was not playing some gigs because they were at venues that I wasn’t allowed into. Other than that I think that it has helped me as I didn’t feel young, I felt mature, yet people always mentioned my age in articles and blogs, like it was unusual for people of a certain age to be writing music. We all know that the media is attracted to youth, both the music and fashion industry. So maybe that’s why they felt the need to mention it. But other than that I’m personally happy I started when I did because I’m older and wiser now but still have a lot of time ahead of me.

Which musicians/bands have influenced your current sound?

I love The Beach Boys. I have always loved their harmonies and Brian Wilson’s songwriting. In terms of piano playing I’m of course a fan of the jazz legends Bill Evans, Dave Brubeck and Teddy Wilson but also – maybe – an even bigger fan of Chopin. It was one of the first CDs I ever bought. John Holt is one of my favourite singers, along with David Byrne. I rarely listen to electronic music when I’m producing, only so I don’t fall into the trap of some other bedroom producers, which sounds very similar to one another. A lot of my friends and the people I surround myself with make music and they are most likely my biggest influence. Whatever I’m listening to at the time is the thing that influences me the most I guess.

What did you listen to growing up?

I listened to a lot of classical music, and up until when I was about ten it was probably the only thing I listened to. After that, my dad introduced me to his music taste, which was a lot of reggae, soul, rare groove, acid jazz, funk etc., so naturally I developed a like for all those genres. Then I went on to listening to a lot of late ’50s west-coast ‘cool’ jazz: Bill Evans, Chet Baker, Paul Desmond, Dave Brubeck, Stan Getz etc. They’ve influenced me quite a bit, especially Chet Baker – the melancholic sound of his voice and the way that his songs were mixed. His voice wasn’t particularly loud in his songs, but acted like an instrument in its own right, and I’ve always tried to go for the same vibe.

What was the first gig you went to? The most recent?

The first gig I remember going to was a Roy Ayres gig in a park in Beckenham or somewhere, I was young and my dad took me. I can’t remember much except from when he played “Love Will Bring Us Back Together”, probably my favourite track of his. The most recent gig I went to was to see Connan Mockasin at Shepherd’s Bush Empire, beautiful gig. I would love to work with him one day.

Could you describe your music for us in three words?

If you could collaborate with anyone, alive or dead, who would it be and why?

Right now it would have to be Thundercat. He’s got crazy bass lines and his vocals are incredible, it has that ’70s soul vibe but matched with this modern production. “Is It Love?” has been on repeat for about two months now.

Could you run us through how you wrote and recorded “She Dried”?

“She Dried” was a lot more lo-fi sounding when I first thought of the beat, both lyrically and melodically for the song. I wanted it to sound like someone just speaking in loose rhythms. I wanted it to almost sound like a diary entry, nothing too metaphorical in terms of the lyrics.

What does the song mean to you?

It’s certainly a song that has a lot of emotion attached to it, a desperate plea to try and close a certain chapter of your life, but to no avail. It’s a dark love song, which is difficult to say especially when I try especially hard not to hit subjects head on when writing lyrically. But I felt this needed to be said as openly as possible.

Where were you when you came up with the idea for the track?

At home in my room. But I had notes in my book about different lyrics.

What’s on the horizon for you?

New music. Expect to see me playing live more, with a new live setup and some dark visuals to go with it. We have a few really great gigs lined up: Live At Leeds, where we have been able to get an amazing 300 seat chapel for this intimate gig, as well as Great Escape Festival and Field Day. Expect a lot more of my music to be dropping before the year is out. Also, expect my sound to be broadening into unknown territories and to be collaborating with some sick artists – especially female MCs.

Where do you hope to be in ten years?

Carrying on playing and writing, developing my sound more and more. As soon as your hear my album material I think you will understand more how the sound can develop, I want to also be writing for other people and I hope to be producing and developing music with other artists.

The Blue Break EP is out now on House Anxiety/Marathon.