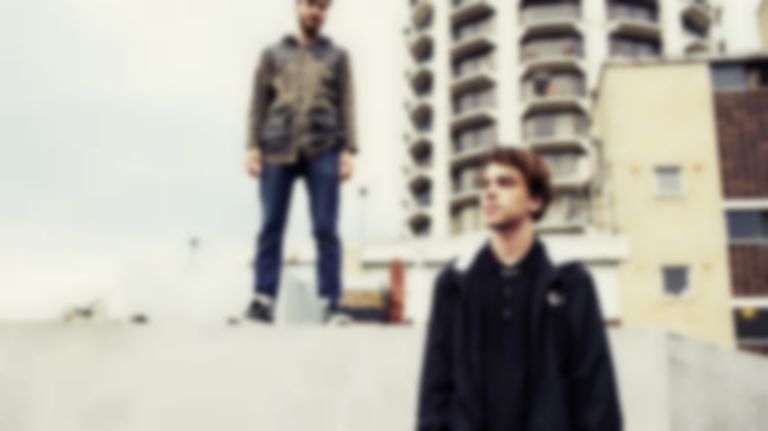 We recently had the opportunity to have a natter with Jono Ma of Jagwar Ma, an indie-dance outfit from down under who have been channelling ’80s and ’90s Madchester vibes in their recent single ‘The Throw‘.

They take inspiration from producers and chopsmiths, but also from classic pop – there’s a heady, nostalgic feel to their sounds. They layer jangling guitars, tribal beats and shredded synth noises, and the music is topped off with dollops of woozy vocals. The haze-merchants aren’t just crafting electronica with a psych twang, Jagwar Ma’s outputs are virulent, infectious bouts of synthpop demanding the attention of dancefloors across the nation. Though tracks often begin simply, the non-stop bundling of components ensures there’s thick, ruffled textures to drown in.

Jagwar Ma is Jono Ma, Jack Freeman and Gabriel Winterfield; all hailing from Sydney, they were originally in other projects making different music. Ma produced and butchered samples and was in indie-punk group Lost Valentinos, while Winterfield (of Ghostwood) and Freeman had rock-tinged focuses together. The collaboration appeared almost inevitable given the condensed music scenes in Oz. This set-up soon attracted interest, helped no end by an acclaimed set at France’s MIDI Festival, which featured Warpaint’s Stella Mozgawa on the drum machine and more than the RDA of fuzz feedback. They’ve been simmering for a fair old time now, but with their debut LP in its final stages, they’re bound to be on the verge of boiling over.

Give us the rundown on Jagwar Ma – who does what?

Gab sings and plays guitar, I makes the beats, play synths, a little guitar and produce the music Jack plays bass and rattles anything he can find.

How did you come together to start making music?

Gab and Jack had a bunch of lo-fi demos of garage rock songs they’d been working on and approached me to record and produce them. I really loved the stuff and had actually been making a bunch of tracks and beats myself that referenced that sort of music but fused with more electronics, so Gab ended up singing on one of those tracks that then became ‘Come Save Me’. That was the beginning.

Is there a story behind the name?

I had done a remix for an Aus act called the Bumblebeez, and a friend of ours – Gus – was releasing it on his label. I’d been doing things under the moniker Jaguar Ma and he flipped it to Jagwar. We just liked the randomness of the name and it stuck when Gab and I formed the actual band.

What acts would you say have influenced your sound, and the way that you work as a band?

I think the way we write is kinda like how we imagine a lot of hip-hop is written. I’d make a beat or a loop and add some colours, then Gab will improvise over the top, and then I’ll go away and chop it up, and then Gab will layer some more and so on and so forth. So things like Tribe Called Quest and Avalanches and other collage artists influence the way we construct the music. Vocally Gab was listening to a lot of Sinatra and Marvin Gaye while we were writing.

What is your favourite record of all time?

It changes from month to month but at the moment my absolute prize possession in my record collection is a 7″ of a demo version of Michael Jackson’s ‘Don’t Stop Till You Get Enough’. It’s totally raw without the glossy strings and Quincy magic, but it’s got so much soul and feels like you’re in the room with them while they recorded it. Mind blowing.

Which non-musical things influence you the most?

Technology. I bought a pair of old Neve preamps and whenever Gab sings through them he seems to really respond to the sound of them in an amazing way. Similarly when we sync up the TR-808 and MPC60 to the computer, the ideas seem to fly around like confessions.

Some people have been drawing comparisons between the ’80s/’90s Madchester sound and your own. Is there any truth to that or is it just coincidence?

We like music from all kinds of places and time periods. I guess the Madchester thing was a pivotal moment when rock and electronic music came together. We have that in common. I’ve heard that Primal Scream were into Phil Spector around the Screamadelica era and loads of the Factory stuff was influenced by Kraftwerk and later on Detroit house music. I suppose we’re drawing influence from similar places but I think the comparison has come rather swiftly simply because ‘The Throw’ has a slow house groove. ‘Come Save Me’ is 128bpm and sounds nothing like the Madchester thing in our opinion.

How did you write and record ‘The Throw’?

‘The Throw’ started as a little loop I’d made on an SP-303. I’d fleshed it out into a bit of an arrangement, and when I played it to Gab he immediately started playing these wiggly guitar lines and singing over it. His guitar was tuned way down to C so all the strings were loose and wobbly. I loved it so hit record and the track just grew and grew from there.

Has it got the reaction you were hoping for?

The reaction has been overwhelming. We never thought an 8 minute jam with an out of tune guitar and acidic beats would get played on BBC1 so we’re absolutely chuffed!

How is it being a band in Australia? Do you feel that it’s an exciting place to be making music right now?

Are there many opportunities to explore local scenes and new musical directions?

Sydney, where we are from, is essentially a pretty small place. So there’s quite a close music community regardless of genre. If you make music, we’re in this together. So people tend to help each other out and share ideas and cross pollinate. Gab and Jack and I were all in different bands before this project but we also all played in various side projects together. The problem with Sydney though is a lack of venues and in particular venues with good sound systems. It makes it tough for bands to connect when spaces are limited and the sound isn’t complimentary.

What do you think the biggest differences are between the scenes in Australia and the UK?

Well there’s a lot less people in Australia and it’s massively spread out. The UK has the rest of Europe driving distance away. I think there’s a sense of geographical isolation in Australia that fractures the musical community between each city and I guess restricts it in a way.

Do you have any touring plans lined up?

Yes, we’re on the road with Foals for most of March throughout Europe, and then on tour with The xx in Australia in April, then we do some of our own shows and then European festivals.

Can you tell us which festivals?

We’re playing Bestival and Field Day and Ibiza Rocks. There’s a few others in the pipeline that we can’t announce yet.

Any news of new material? An album, perhaps?

We’re in the studio right now mixing the album with Ewan Pearson. Watch this space!