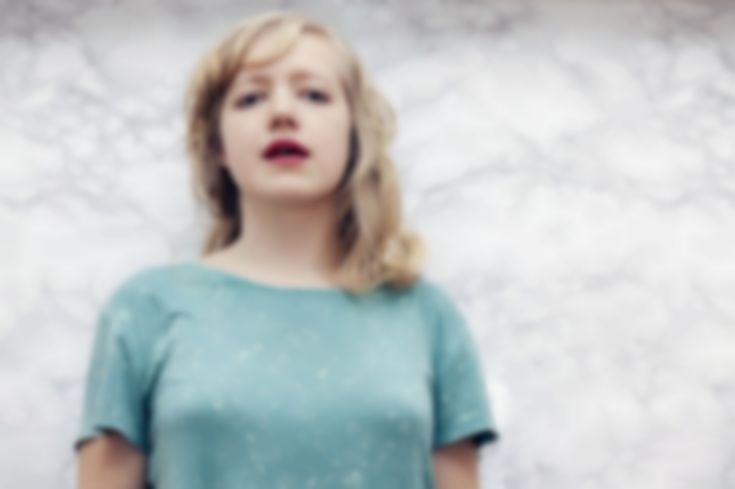 In 2013, the icy electronics of debut single “Bursting” announced the effortless blend of ambient pop, chilling minimalism and creeping techno that was to become Sea Change’s signature sound. The work of Norwegian artist Ellen. W. Sundes, Sea Change is far from a one trick pony though. She’s young, she’s still exploring her talents and cautiously experimenting with synths, drums and her own voice to create a varied array of smooth, quietly additive tracks that flit back and forth between trip-hop subtleties, scandi-pop sonics and anthemic dance hooks.

We spent some time in Oslo back in February and catching up with Sundes before everything gets crazy for her seemed like the smart thing to do. Sitting in an increasingly noisy backstage room during by:Larm festival we talk about her forthcoming, as yet unnamed debut album, her time in Berlin and the importance of change.

You’ve spent recent years moving between Norway and Berlin haven’t you?
Yes. I grew up down south in a really small place called Flekkefjord, but I’ve lived in Oslo most of my grown up life. I lived in Berlin for six months but I’ve moved back to Norway now. The plan was always to just be there only for six months … to get inspiration. I needed to just get away and work somewhere else. Obviously I have a day job here in Oslo so I saved up some money to go there and just work with my music and that was really, really nice and inspiring to do. I want to go back again once I’ve saved up some more money. It’s really hard to get a job there as well. I feel it’s not a good thing to come from rich Norway and take the jobs from starving Europe right now either.

What was it about Berlin that you found so inspiring?
It’s so different from Norway. It’s so liberal and that’s really strange coming from a place like this where no one is allowed to take a beer outside of the buildings or … Everything is so dynamic and it’s hard to explain but it’s a really good vibe in the city.

The songs that I’ve heard that you’ve put out there, they’re quite dreamy and very relaxed and I think that’s probably Berlin, especially in the summer, you can stroll around with a beer in your hand…
Yeah, definitely.

So you have an album coming later this year, was most of it written in Berlin?
Yes, I wrote a lot of songs there but I want to write even more so that’s what I’m going to do after this weekend; just sit down and for 2 months just write and hopefully I produce enough to make an album. Hopefully for this Autumn. That’s the plan.

When did you first start getting into music?
I’ve been studying music for a while but I guess that’s always been a natural thing for me to sing. I didn’t really start to write songs before I was 20 because I was afraid of my own censorship. I started to write something, because I always had something that needed to come out, always, but I was so afraid of it not being good enough, for some reason. So I just stopped writing. But then I realised that I’m not going to write anything if I’m so harsh with myself, so I just decided to not be. So then the songs just poured out. I think that might be a bit of a girly thing to think but you just have to do it!

You did and it’s working out pretty well.
Yeah! I think it’s going alright.

So you do everything yourself don’t you, how did you get into doing that?
Well I actually studied music for a while and I also learnt production at school. I went to a music school here in Oslo.

So how many songs do you think you’ve got together for the record?
Really, I’ve got enough songs. I just want to make new ones, because I was on tour for January and February, and also there’s a lot of touring this autumn. I didn’t really have that much time to write new stuff for a while and… well I love to have concerts, but to put the same songs that I’ve done for a year now on the next album is not going to feel right. So I really need to, for myself, just make more. I just need to do something new always.


So when you were learning to put everything together, were there any producers or musicians that you looked up to in the way that they approached their work?
Yeah. I’d often listen to other’s music to try to find out how they make that kind of sound. And I also just go on YouTube to find tutorials to find really nice washed out sounds. I love the internet! I’m not the best producer in the world so I’ve got things to learn.

Any fellow Norwegian contemporaries that you really admire right now?
Yes. I really love – and I know that you love her as well – Farao. She’s really amazing and her songs are just something else. And they’re still so simple. I just think that’s art. I really love Jenny Hval. She’s really amazing. She’s really experimental and her lyrics are really strange and amazing. You really should check her out if you don’t know her. I think there are a lot of interesting things going on in Norway right now.

Do you find there’s a nice community of musicians in Oslo?
Yes, there is, but I wouldn’t say I’m in a special culture or environment. I’m a bit of a lone wolf I guess, but I think people are interested in each other’s music and they play in a lot of different kinds of things. Some are playing both noise and improvisational music and then they’ll also have this cool pop thing going on and they also have this really nice folk bit…it’s really nice and interesting.

So you said you’ve been touring a lot so how does your setup work live?
I have some backing tracks and I also have a guitar player with me – but the guitar player is also the drum machine boy, haha – and we have one on synth, so we’re three live. They started last autumn.

So is your name a direct reference to Beck’s Sea Change album? Was he a big influence on you growing up?
I love the Sea Change album. It was one of the first albums that I bought and just listened to it all. I remember the review I read of it when I was like 15 years old. I also bought the CD and I listened to it 1000 times. Not always listening to it but just pressing play. I’d just keep pressing play. Listening 10 times. Over and over once it had finished. That’s the kind of album I really wanted to make; an album you just want to keep playing.

Sea Change is the kind of album you need to live in, yeah.
Yes and as for the Sea Change name, I also love term change. I really like that. I have a really strong need to do something different when I’m on stage. I love to improvise. Sometimes a bit too much! Haha! And I suppose that ties back into what you were saying about the album and how you feel like you played those songs and needed something new.

Have you found that the songs you have, have evolved through being played live?
Yes. That’s the thing. Some of them are made to just do live and when I’ve done them for like half a year now, I just feel like I need to go further. They also evolve live and they’re not the same as they were a year ago.

So what are your plans for the rest of the year?
I’m going to be releasing a single in April I think [she just released “Bridges” which you can hear here] and then I’m going to hopefully release my album. That’s my main priority.