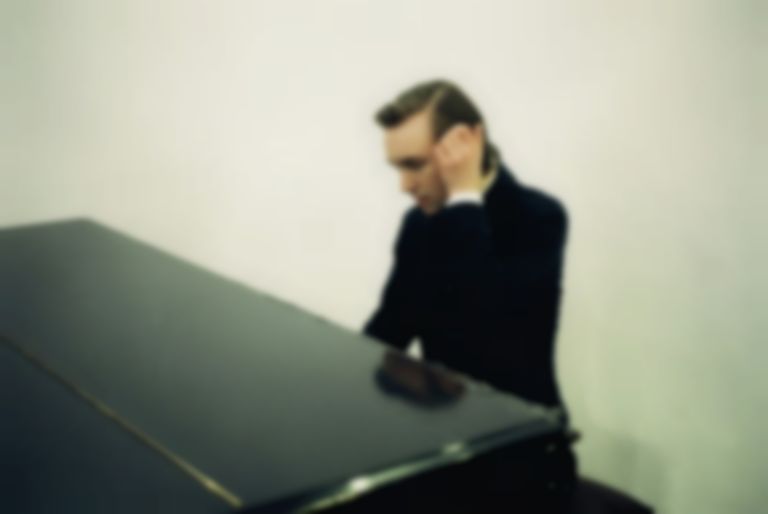 It’s probably fair to say I struggled with my feelings for WU LYF, back when they were still in existence. It was certainly exciting to witness the rise of what seemed like the most forward-thinking band to come out of my native Manchester for a long time, and yet there was always that nagging cynicism that their stubborn, hands-off approach with the media was perhaps a little contrived.

Everything they did seemed to have me wondering if I was witnessing sheer genius or mere pretension. They had the sort of bizarre web presence that made Cher’s Twitter account seem mundane by way of comparison. They closed part of Great Bridgewater Street in town in order to play a show inside a tunnel. They actually called themselves ‘woo life’. Even their demise toed that same, delicate line, with Ellery Roberts’ melodramatic statement of resignation equal parts endearing and smug.

Even if it was all clever marketing, what I wasn’t in two minds about was their music; Go Tell Fire to the Mountain was a thrillingly off-kilter effort, and one of the most exciting pop records of the decade so far. Naturally, my interest in the band’s future pursuits is a keen one, so I jumped at the chance to have a chat with bassist Tom McClung, who’s now going solo under the moniker Francis Lung.

His recent seven-inch showcases both sides of his songwriting talent; “A Selfish Man” fizzes with a delightfully awkward danceability, with chiming guitars recalling Antidotes-era Foals. “Tsunami Blues”, though, provides a sobering counterpoint; it’s a mellow, almost ambient tale of survivor’s guilt, with slide guitars and hushed vocals that owe more than a little to Mazzy Star. McClung spoke to Best Fit about his former band’s split, the resurgence of Manchester’s music scene, and the importance of aesthetics being amplified as he steps out on his own.

How long have you been writing solo material? Does it predate your WU LYF days?

I started writing songs for myself when I was sixteen, probably. I was in a band, I was the drummer, and the rest of them just kind of lost interest; I had to start writing songs on the guitar so that I could still have music to play, and have something to do on my own. Eventually, I met the guys and we started WU LYF, and my own stuff sort of took a backseat for a little while. I was always trying to make stuff up, but it was just for practice; trying to refine things, and trying to learn how to arrange. Once we finished touring the record, I got back into it, so by the time we actually split I had quite a few songs that were more or less finished.

Was that deliberate? Did you know the band was on the verge of breaking up?

No, it was just coincidence. I probably would’ve just released it alongside anything new we’d done with WU LYF; put it on the internet for free, or something. Obviously, after the band was finished, I started taking it a little bit more seriously. I only would’ve released it for free if it had actually been a side project, and less of a priority.

How did you come up with the name, Francis Lung?

Francis is actually my confirmation name, because I was brought up Catholic.

St. Francis of Assisi? That’s mine too, funnily enough.

Oh wow, really? It’s stuck with both of us, then. The patron saint of animals. And then Lung is just a nickname that’s followed me around for a while, a bit of a play on my surname.

The two songs on your recent seven-inch, “A Selfish Man” and “Tsunami Blues (Cause of Me’)”, are pretty different; the former’s definitely danceable and the latter definitely isn’t. Is that a fair reflection of your songwriting style?

I wanted to make them quite different, because when I was thinking about putting out “A Selfish Man”, I knew it was quite up-tempo, and I didn’t want to give people the wrong impression; I didn’t want people to think I was a certain type of songwriter, or really into dance music. I wanted to put the other track on there to make sure people knew what they were letting themselves in for. I think, between the two of them, the lyrics fit together, but the music is obviously quite different. They’re not two totally unrelated songs, but sonically they give you a good idea of what I’m about.

How much care and attention do you put into your lyrics?

Quite a bit. I suppose the main thing is to just not sound fucking stupid, so I spend a fair bit of time refining them. It’s kind of like you’ve got a group of people crowded around you; would you rather be saying something that you’ve given some thought to or just the first thing that comes into your head?

Have you got enough material for an album at this point?

I’d definitely like to put something out this Spring. I’ve got this collection of music called Faeher’s Son, which is a Scottish way of saying ‘father’s son’. I don’t think it’s really a thing, just something my friend said that I liked the look of, the way it’s spelled out. I don’t know exactly how I’m going to release it yet; hopefully I can release the first part of it in the Spring, though.

What do you think of Manchester currently, as a town to make music in? It seems like there’s a lot more ‘local’ bands coming to prominence than there has been for a while, as opposed to bands that just formed here having met at university.

I don’t think it’s any easier or harder to actually make the music now, but I think you’re right about the bands that are starting to emerge. I’m playing this Independent Venue Week show on Sunday, and pretty much everybody on the bill is actually from Manchester, I think, or at least has a few proper Mancunians in the band, which hasn’t happened for a while. The funny thing is, Manchester bands without Manchester people don’t tend to do very well; they don’t usually make friends with anyone, you know? It’s not an exclusive thing, or anything, but I think it tends to be easier if you’ve got at least one person who’s from round here.

Was that true of WU LYF?

Probably not, actually, but it was really more to do with us keeping everybody at arm’s length. We didn’t really want to be affiliated with any one scene, or anything like that. We were really young as well, which made a difference. Times change, though, and I’m definitely more involved with other musicians these days. With me being a songwriter, and this being a solo thing, there’s no herd mentality. I don’t think I need to seem menacing or threatening to assert myself.

Is there anything else you think you learned from your time in the band?

In short, I guess I learned that you can’t really rely on anything for any set amount of time. I suppose that working on my own, I know if something’s not working and what I can do to fix it. I don’t have to try to motivate anybody else, and it’s a very liberating, efficient way of doing things.

Are there any really obvious, direct influences you can hear in the stuff you’ve recorded so far?

Oh, yeah, definitely. I think in this first batch of songs I’ve done, you can hear people like Alex Chilton – well, I suppose there isn’t anyone like Alex Chilton, but that Big Star sound in general, that power pop sound, or pop-rock, whatever you want to call it. The Velvet Underground, as well, just using those two chords back and forth; that’s a huge one for me. And then, vocally, incredibly soft singers like Hope Sandoval of Mazzy Star, and really caustic ones like Paul Westerberg or Kurt Cobain. There’s both ends of the spectrum there, I think.

How do the songs normally come together? Is there a set process?

It depends, really. A while ago, I was writing the lyrics first and the music afterwards, and it makes for a very different kind of song; it makes it more rudimentary, I think, and if you do it the other way around, it shifts the focus back to the sound. I’m going through a phase of that at the minute – trying to come up with the chords and the melodies first – and I think it’s easier to write really good pop music if you go with the music first. I’m definitely leaning towards that way of doing things these days.

How are you making things work when you play live? Would you like to play with a backing band at some point?

I think I want to keep playing by myself, for now. I’d love to play in local theatres, with proper lighting and emphasis on real performance aspects, with everything kind of choreographed. That might mean playing with a backing track, I don’t know. It’d be cool to sort of project the idea that the backing band are in the pit, and then maybe one day they actually could be in the pit. The ideas are limitless, really. I’d want to do a theatrical thing, even if it was just me and a guitar. I could change things up every night, and that appeals.

Is it fair to say you’re pretty image-conscious as a musician, then? There was obviously a pretty striking sense of mystery surrounding WU LYF, for a while.

I don’t think that was really my influence. I mean, what Ellery (Roberts, frontman) did was really cool, just because it made people sit up and think, “why haven’t we been doing this all along?” It had that kind of instant influence. So, you know, just being in that band and seeing how people reacted to stuff when it came as more of a full package; it does seem like that’s the way to do things, especially if I’m going to be by myself. There has to be something to look at. I don’t just want to be up there in jeans and a t-shirt, you know? That’d literally be me, and that’s a bit scary.

A Selfish Man/Tsunami Blues (Cause of Me) 7” is available now via www.atelierciseaux.com.