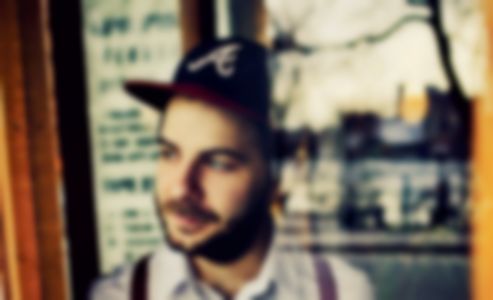 It’s just after midday on a Friday and something amazing is happening – a ‘tired and emotional’ Line Of Best Fit is dancing at a gig. The catalyst for this early doors grooving is Dante Kinnunen. Garbed in a cap and a baseball jacket, the Swede is playing his first show at Brighton’s Great Escape. And, even at this criminally early hour, he’s enticed a throng of hair-of-the-dog drinkers out of the sun-splashed beer garden to witness his sublime soul-pop.

Dante is the drummer with indie-pop troupe The Concretes, who are currently on hiatus. Raised in Stockholm, Kinnunen went to the same school as Faye Hamlin and Icona Pop. His solo work is influenced by his love of soul and reggae and he caused an internet kerfuffle with the sublime ‘Won’t Go’ track, which borrows a sample from the Adele song ‘He Won’t Go’. Dante released two singles in 2011 – the glorious swing of the Next To You EP and the brooding ‘Runners’ – which both showcased his beautiful, smoky croon.

A few hours after his show, and with the stunning live version of ‘Won’t Go’ still causing our heart to flutter, Best Fit meets up with Dante in a Brighton pub to discuss the relative merits of Michael Jackson, Bob Marley and, um, Zlatan Ibrahimović.

How long were you the drummer in The Concretes?

I am still the drummer in The Concretes. I have been their drummer since 2007, at the time when Victoria , who was singing, left the band and then Lisa who had been playing drums started singing and I started playing drums. We are not playing music right now and people are working with their solo projects and other stuff. We might do something in the future and we might not.

You have an amazing voice. When did you realise how good your singing voice was? Was it in the shower?

. No. But I didn’t sing during my time with The Concretes. However, I have always been interested in music production, so I’ve been producing a lot of beats and developing them into songs. One day I just tried to sing – I did a John Martyn cover – and I realised it was pretty fun to sing.

Why did you decide to embark on a solo career?

It was maybe about two years ago and I started thinking that I really wanted to produce something and start a project. I decided to do a solo project and started with ‘Next To You’ which is a cover of a Clarence Carter soul song. I wanted to try and find my sound with that song. I recorded the song and a month later I was getting calls from management companies with offers to sign for them.

You say that you wanted to ‘find’ your sound. What was that sound and how did you know when you’d found it?

I wasn’t really sure about the song when I was done with it. I thought it was very strange and I hadn’t heard music sounding like that before. It meant it could be very bad or very good. Then, I played it for my friend Lisa who, as I said, is the singer in The Concretes and has a great taste in music. She has the best ears of anyone I know. She had her headphones on and we were walking and she just stopped and said it was great, so then I realised it was a good song. Thank god for Lisa.

You have released two singles already. How close are you to completing an album’s worth of material?

I’m not done yet with the album. I’ve started working with some different people – co-writers and stuff – and it is good. The problem for me in the writing process is that I don’t produce that many lyrics.

So, what is your normal songwriting process? Does the music come before the lyrics?

The music comes first. The process is different from song to song; sometimes I am walking around and singing, trying to come up with a melody which I then record on my phone. I then pick it up in the studio. Or, when I don’t have a melody I start by making a beat.

One of your songs takes a sample from an Adele track. What is the story behind that particular song?

I was listening to her 21 record in the kitchen one day while doing the dishes. The song ‘He Won’t Go’ came on and it is, like, one minute and 40 seconds before she starts to sing and from the moment I heard the beginning of that song, I started writing some lyrics. I didn’t want to listen to the whole song as I didn’t want her words to interrupt mine. When I was done with my first verse, I listened to the whole song and I realised the chorus of that song could really fit into my lyrics.

Are you able to use the sample on a recording, or is it ‘just’ a live track for now?

It’s not clear, of course. Paul Epworth likes it and he has 50 per cent of the song, so watch this space. 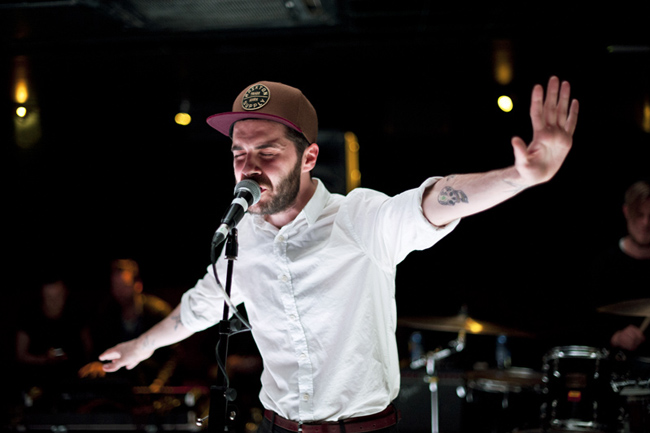 I’m intrigued at your musical reference points. What sort of music did you hear in your house when you were a small child?

Michael Jackson – only. I listened to the double compilation HIStory and I wanted to get my hair exactly like his when I was seven. I grew up with my mum, not with my dad. He is an artist but he is also a drug addict. So, I was with my mum and she was into Nirvana and stuff. It was cool.

And what was the first album that you discovered for yourself and really fell in love with?

That would be Bob Marley’s Uprising.

That’s fascinating; it does not surprise me, on seeing your show, that you loved both Michael Jackson and Bob Marley as a child.

That’s good. I think it is important to know that you can hear I have listened to them.

I managed to find one of your previous interviews. In it, you said you had been hugely influenced by Biggie Smalls. Is that true? Or were you just influenced by him at the time of that interview?

Ha. I was listening to a lot of Biggie when we did that interview. But that was then. Now? I have been listening to myself a lot lately as I have a lot of songs that, right now, are works in progress. So, I listen to them a lot to work out what changes I want. But, I am also listening to a lot of Gappy Ranks, who is an English-Jamaican reggae artist.

Where does your love of reggae come from?

I played in a reggae band from when I was 11 until I was 17 and during that time would only listen to reggae. Everyone in this band was in the same class and we had this group thing where we would all buy records and talk about studios and Jamaican producers. I don’t really know where the influence came from, but it may have been from our parents – Bob Marley did a legendary show in Gronalund in Stockholm in 1979. My dad was there but he didn’t see the show . Everyone was there, according to mythology. That made a real imprint and a whole connection to reggae in Stockholm.

The plan is to finish my album and then spread the word.

You seem to have made the transition from drummer to being up front in stage very easily. Was it difficult?

I have been behind the drums since I was 11 until I was 23, so I know how I want a front person to be, because I have seen many of them. At the beginning, I was very nervous, but that is what it is about – pushing things forward and pushing myself into strange situations. That’s why I do this because it is very exciting. I want to be a producer, so, either way, I would have never wanted to stay behind the drums my whole life.

Finally – and off topic – England play Sweden at football in next month’s European Championships. Who is going to win the match?

England, I guess. No, I think Zlatan will score three goals.  I dunno – I am not interested in sports.