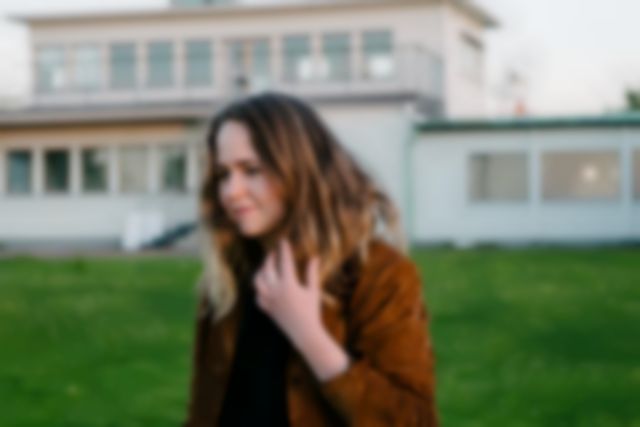 Dealing in the most intimate, tender kind of pop songs, Sweden’s Alice Boman released her debut EP back in May.

Titled Skisser (‘Sketches’), these sparse, fragile beauties were represented perfectly by their microcosmic lead track ‘Waiting’, a listen-to-the-end-go-straight-back-to-the-beginning bit of near perfection that inspired much critical adoration as well as a fan-perfomed YouTube cover.

New to the world of live performance, it would be wise to grab a ticket for Boman’s debut UK performance at Servant Jazz Quarters in Dalston, London this October so ahead of all of her imminent trip to UK shores, we speak to Alice about the future, her process and her opinions on The Smiths.

You recently made your live debut – could you tell us what that was like? What were the circumstances around the show?

I did a small show at Öresundsfestivalen, which is a festival that focuses on the music scene in Copenhagen and Malmö. I was really happy to be asked to be a part of it and for the chance to play there.

All of the songs on the Skisser EP were written and recorded at your home. Did you work totally alone or did you work with other musicians on this recording?

Yes, these songs and recordings I did alone. Just doing one take and then adding things and sounds – for the fun of it and for me to remember. When doing it like that there is no pressure and no forcing. You don’t really think about what you’re doing.

To now be in a studio, working and playing with others, is something different. Knowing that what you do is something that’s gonna be released, you want to take it to another level. You have to be able to express what you like and don’t like – how you want things. You see the importance of communication. I’m not the best at that, since I’ve never had to do that before, but I’m learning. And it is so much fun to be in the studio. Working with others is stimulating and naturally brings something new to what you do. Especially as I feel I have found the right people to work with. And with other instruments and other equipment off course the sound changes. Like everything does.

It’s both scary and exciting. I’ve been longing for this – taking the next step.

Tell us about making the video for ‘Waiting’ – it’s very striking. Was that a collaboration between you and Jesper Berg?

It was quite a quick process. We just wanted something simple, something to suit the song. And we didn’t have the time to make something big or complicated anyway. I came to think of the Radiohead-video for “Lotus Flower “. It’s plain and beautiful. I wanted to do something like that. So I danced and Jesper filmed and cut it and the next day we had a video.

The song itself is pretty delicate, sad, but hopeful – what effect do you hope it will have on listeners?

Comforting, maybe. Me myself I love the way some music sooths and comforts me.

Have you seen the cover video of the ‘Waiting’ on youtube? If so what did you think of it? What would you cover given the opportunity?

I have – and I was very touched. It feels unreal seeing and hearing someone else singing a song you wrote. But at the same time it makes it feel a bit more real, all this.

I love singing the songs of others. For a long time that was all I did. But I always come back to the songs of Dylan, Cohen, Cave and Young. And Townes Van Zandt. Their songwriting is timeless. It’s phenomenal.

Who would you cite as your major influences? Did you grow up on music?

I grew up in a home with a lot of music and started to sing early on. And when in school I went in different music-classes. I love singing in choirs.

Those men I just mentioned have definitely influenced me. I’m fond of music and artists that feels simple and genuine. But I listen to a lot of different kinds of music and I think all music you like influence and inspire you somehow. As well as movies and books and things that happens to you or others. It all affects you. Anything can be the trigger.