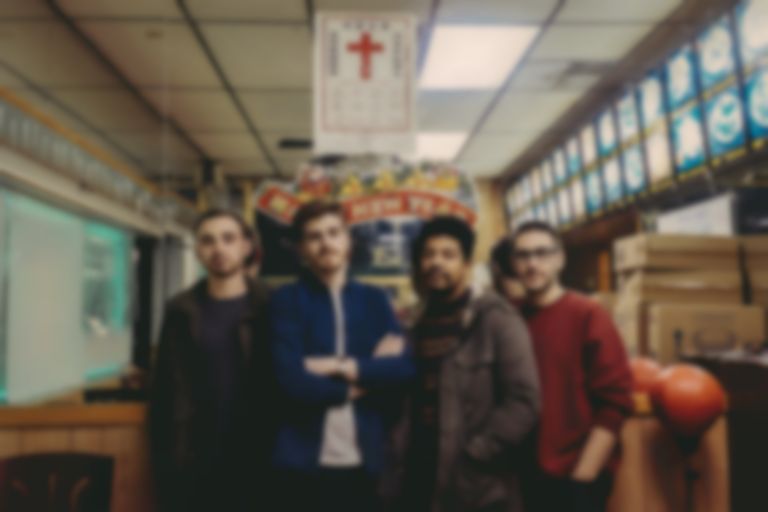 Wasting little time in following up their debut EP, New Jersey-based fuzz-pop-rockers YJY are back to take another summer, and beyond, by storm.

Comprised of brothers Steve (lead vocals, guitar) and Dave Sachs (drums), Ricky Lorenzo (vocals, guitar) and Tim Fitzpatrick (bass), YJY formed relatively by chance in 2014 when meeting to work up some songs Lorenzo had been writing. The band then quickly established themselves in the various tri-state scenes following the release of Couch Surfin' USA last year.

Now, YJY announce the impending release of their second EP, The Same Noise, out 19 August via Sniffling Indie Kids.

On lead single "Summer Lifeguard," YJY craft the sonic sensation of actual waves hitting the shore with a rippling guitar lick that reverberates throughout the song. The swirling notes build towards bold crashes on the chorus as powerful rhythms join in to drive the track home.

"We're influenced by a lot of surf rock -- The Beach Boys, Wavves, Real Estate," shares Steve Sachs. "We wanted to write a song that pulled from those sounds, but then kind of takes a left turn. Usually, they're all about being carefree, and seizing the day, but instead this guy really just gets left behind.

The song is essentially a send-up. We used those surfy influences to try to make the listener feel like they knew what they were getting themselves into, but it's really more of a misdirection. At the heart of it, we tried to tell a story people aren't used to hearing, but do it in a way that actually feels pretty familiar."

Stream YJY's "Summer Lifeguard" and get an instant download of the track by pre-ordering The Same Noise. Tour dates below.