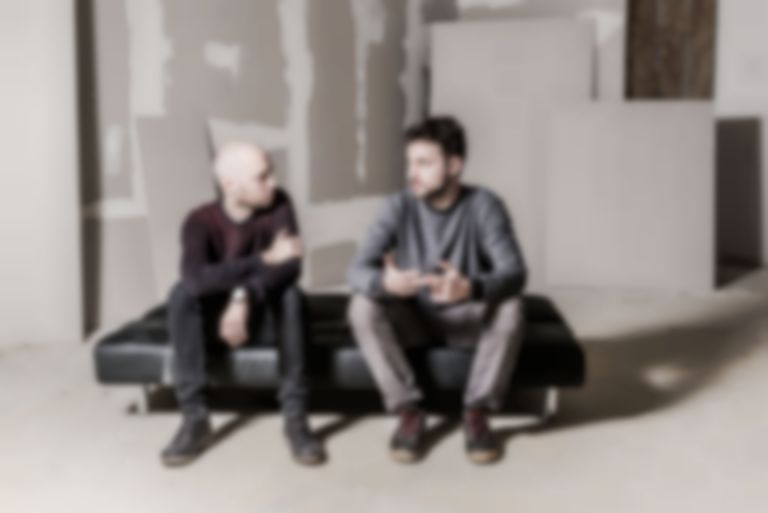 There’s a particular moment of a night out you’ll recognise. When it is in fact no longer the night, but early morning. Yet, you’re still on the dance floor, inhibitions long gone and your bobbing head lost to a hypnotising rhythm. It is that exact moment that Berlin-based duo Yeah But No have captured in their latest single, "Sand".

The six-minute cut, taken from their eponymous debut record, opens intensely with a recurring beat, before blossoming into a synth-laden soundscape of dark electronica and melancholic vocals. In a way that’s almost unexplainable, the two elements combine to keep you feeling on-edge, but at the same time, euphoric. "Sand" is the latest teaser of what to expect from the band’s first album and, if it’s anything to go by, we’re in for a rollercoaster of feelings throughout. Strap in.

The self-titled debut record is out 10 November via Sinnbus