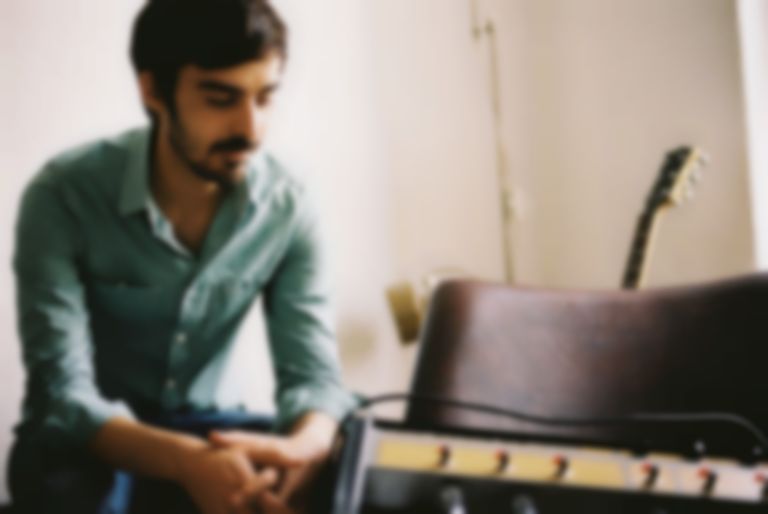 Music is often something to escape to. Will Samson allows for just this on his beautiful new instrumental number, "Tumble".

With its gently cascading acoustics, country lapsteel (courtesy of Michael Feuerstack) and glitchy, crunchy tick-tocks (addtional electronics and guitar by Message To Bears), it might not just provide for want of serenity but for want of sleep: all the components shuffling quietly under the crackle of tape-machines.

Perhaps its nocturnal nature stems from Samson's writing environment. Limited to only using his sub-letter's rather feeble heater in the early hours of the morning, Samson was forced to create music for his new album, Ground Luminosity, overnight.

“The house was so cold at night that there were thick clouds of vapour from my breath when recording the vocals", Samson says.

We're certainly interested to hear more fruits of his labour on the new record, but for now check out "Tumble" below.

Ground Luminosity is released on download, CD and LP via Talitres on 30 October.