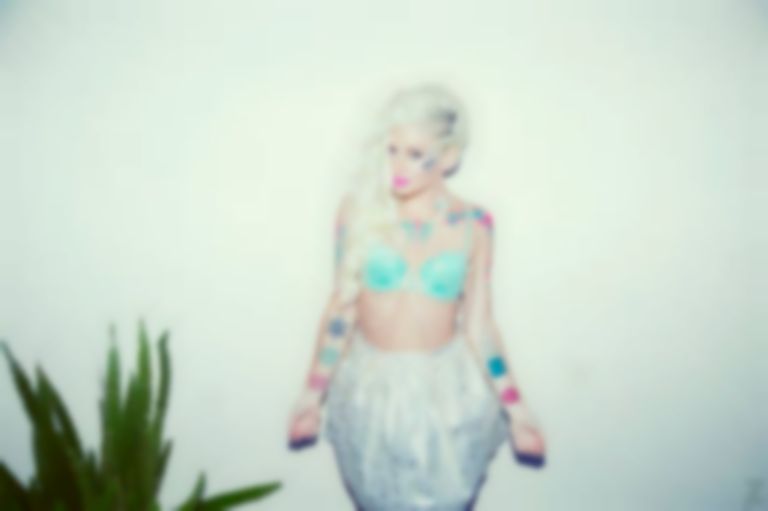 It's also accompanied by hypersexualised lyrics and a film; it's an ambitious, risky premiere gambit, but Indigo seems to want to swan in with her guns loaded, heart on her sleeve and blasts out lines soaked (hopefully) in irony: "knee socks, blonde locks, second base/schoo-lyard cocktease, state of grace/pigtails, lollipop, jailbait..."

She arrives fully-formed and with aims firm. Indigo's confident, crammed to the hilt with amphetamine-pop energy and slathered with more sequins than a cocktail dress. She's also not shy about, well, anything.

Essentially, Indigo is planning to release a single and accompanying video once a month for the next year; together it will make up the body of her LP, GALACTIVATE. She also has grand designs for the human race and changing the world, but the mark she leaves in those areas remains to be seen.

Have a watch of the AV spectacle below.