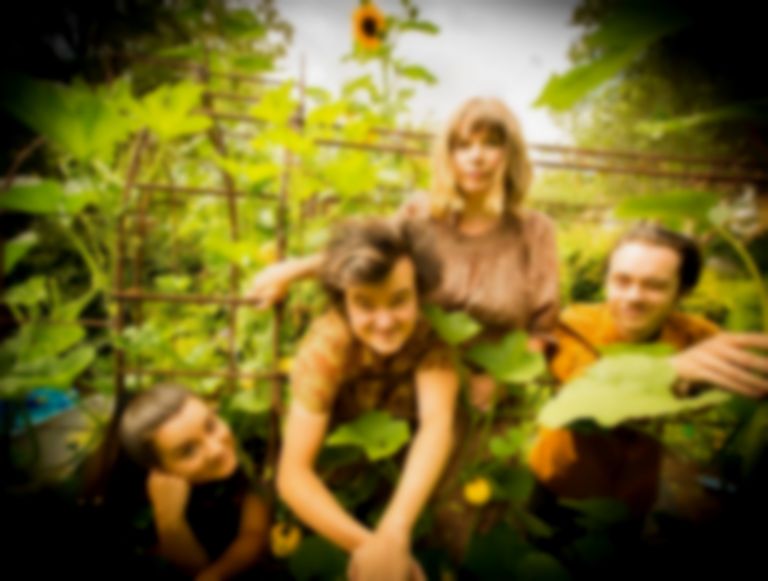 Following their previous album Are You OK?, zany oufit Wasuremono muse on isolation and the repetitive mundanity of day-to-day life in “Let’s Talk”.

Fronted by multi-instrumentalist William Southward, eclectic quartet Wasuremono take their moniker from the Japanese noun for ‘lost article; something forgotten,’ a suitably inimitable name for a distinctive style of pop. Continuing from previous album Are You Ok?, their latest single “Let’s Talk” feels like a significant evolution for the group who - despite continuing to delve into mental health as a foremost narrative - simultaneously demonstrate a purposefully disjunct sound that feels far more intentional than previous lo-fi tracks.

Rousing, vivacious and full of drive, “Let’s Talk” is an exploration into the writing and creative process of Southward himself, who explains "I’m a solitary writer, which is the only way I can work, as I find it creatively freeing. My mind is able to wonder, without any inhibitions or distractions. However, the experience of working alone can also be pretty intense at times, when it’s just you and the music and way too many synthesizers.

“It’s strange,” he continues. “At the time of writing I had this really vivid dream that I was inside this never ending staircase, kind of like MC Escher’s picture ‘Relativity’. I woke up realising that this was the essence of the song - this sudden awareness of being trapped, of going through the motions over and over again, but unable to escape”.

A continuously exciting and distinctive group, Wasuremono’s ability to reinvent their sound makes every new release a unique prospect. On describing his approach to creativity himself, Southward considers the impact of both his conscious and unconscious mind stating “lyrics start off as gibberish, then thoughts from my subconscious, or things going on in my life begin to emerge and find their way into the song. The lyric ‘Let’s Talk’ partly came from this intense experience of writing alone, the solitude creating a longing for human contact or reassurance”.

"Let's Talk" is available now via The Wilderness Records, with the album of the same name set for release in 2021. Follow Wasuremono on Instagram.